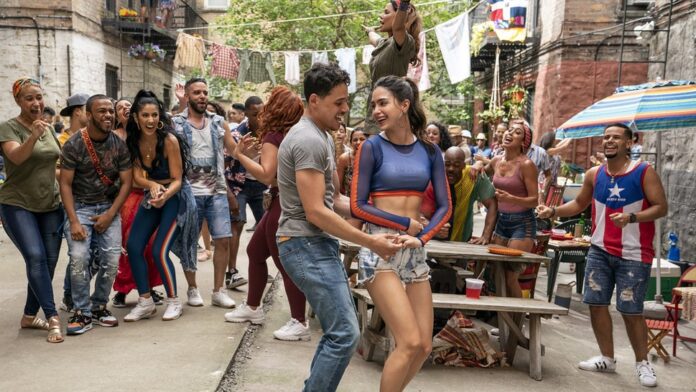 In the Heights opens in just a few days, and you’ve no doubt heard the hype about it being one of the best movies of the year. Well, it’s true. I’ll be reposting my review later today, but if you don’t believe me (Why are you here then???), this new trailer hopes you’ll listen to the likes of Oprah. And Hugh Jackman. And Dwayne Johnson. And Ariana Grande, and loads more celebrities as they give testimonials on why this is a musical experience you have to see.

Your mileage will vary on this sort of promotion. I guess if trailers can be crammed with glowing quotes from bums like me then rounding up celebs to do the same is no different. Not that I think In the Heights needs all of this. People are pretty excited to see what Jon M. Chu can do with Lin-Manuel Miranda’s stage spectacular.

SYNOPSIS: Lights up on Washington Heights…The scent of a cafecito caliente hangs in the air just outside of the 181st Street subway stop, where a kaleidoscope of dreams rallies this vibrant and tight-knit community. At the intersection of it all is the likeable, magnetic bodega owner Usnavi (Anthony Ramos), who saves every penny from his daily grind as he hopes, imagines and sings about a better life.