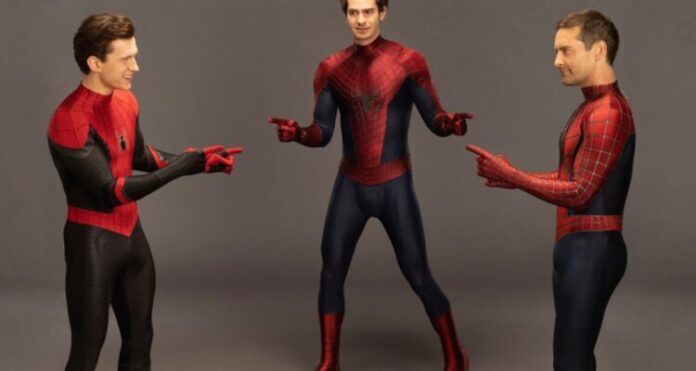 Are you ready to see Spider-Man: No Way Home like never before? After $1.9B in total grosses worldwide, what could possibly drive Sony and Marvel to bring the biggest Spider-Man movie ever (by a country mile) back into theaters? Well, more fun stuff, that’s what.

Sony has revealed they will be releasing Spider-Man: No Way Home – The More Fun Stuff Version into theaters in the U.S. and Canada on September 2nd. More countries are expected to be added to the release plan, as well. Tickets go on sale beginning August 9th.

What’s included in all of this “fun stuff”? New scenes, additional footage, and cool behind-the-scenes stuff that will likely include stars Tom Holland, Andrew Garfield, and Tobey Maguire having a ball in their Spidey suits.  I mean, who doesn’t want to see more of these three just hanging out? Everything we’ve seen thus far with them has been incredibly entertaining and not at all like they were at work.

Don’t be shocked if there’s also a bit more footage of Charlie Cox in his return as Matt Murdock aka Daredevil.

The future of Spider-Man on the big screen is in a bit of flux right now, but this is a way to keep this beloved franchise in the public eye…and possibly push the film past $2B.

You wanted more Spidey and you got it! 🕷🕷🕷 #SpiderManNoWayHome: The More Fun Stuff Version swings into movie theaters in the US and Canada September 2! More countries to be announced soon! pic.twitter.com/4Ux3AwdpfO