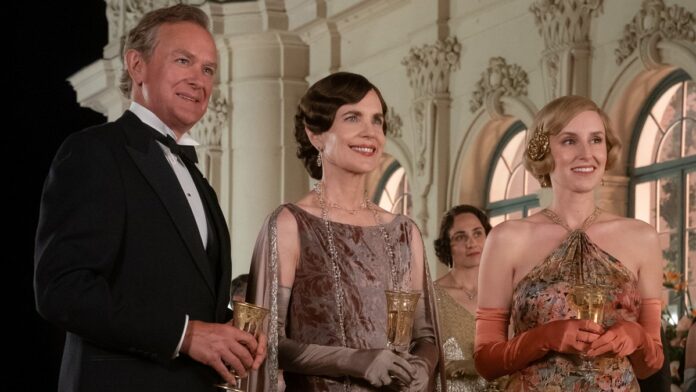 It’s business as usual for the good doctor. For the third week in a row Doctor Strange in the Multiverse of Madness held the top spot, falling 48% for $31.6M and a $342M domestic total. Worldwide it has hit $803M, making it the top-grossing movie of the year.

The Crawleys still have their fans, and Downton Abbey: A New Era pulled in $16M this debut weekend. The Focus Features sequel to creator Julian Fellowes’ 2019 film drew less than its predecessor’s $31M start, but that’s okay. For one thing, this is three years later and it’s going up against Doctor Strange‘s third robust weekend in a row. The irony is this film is much more about fan service than the first, which was merely continuing on from the popular TV series.

The first of two back-to-back A24 releases, Alex Garland’s anticipated horror Men opened with just $3.2M. I wa a bit baffled at first because we reviewed this like three weeks ago and it’s only just now getting a domestic release. The number is slightly disappointing, but this was always going to be a tough sell. Garland keeps his films mysterious, as he did Ex Machina ($36M) and Annihilation ($43M), and it’s tough to attract an audience for stuff like that in the current climate.

At $52M, the Daniels’ multiversal family drama/action flick Everything Everywhere All At Once has surpassed Uncut Gems to become A24’s highest-grosing domestic release.