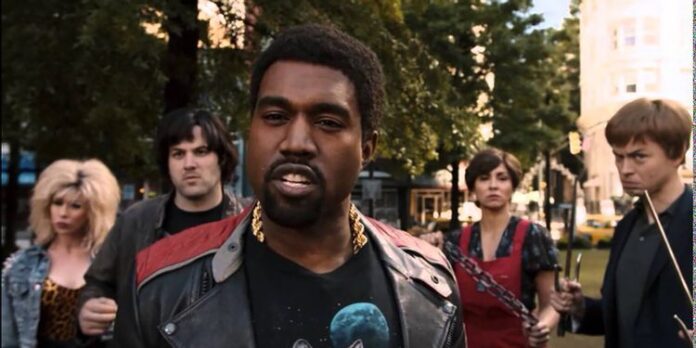 Because there isn’t enough attention heaped on Kanye West, excuse me, “ye”, Netflix is dropping the trailer for three-part docu-series jeen-yuhs. If the title alone doesn’t give it away, the series is basically one big wet kiss to the controversial rapper and fake Presidential candidate who ran to siphon Black votes away from Joe Biden. Let’s not ever forget that, okay?

Sundance recently premiered the first act of jeen-yuhs, with many noting that it goes quite in depth on his religious beliefs, dealing with his late mother Donda West (for which one of his albums is titled), and includes the on-screen input of directors Coodie Simmons and Chick Ozah, who have been given unprecedented access to West over the last two decades.

All three acts, titled “Vision”, “Purpose”, and “Awakening”, run for roughly 90-minutes, totaling 4 and a half hours of West content. Enjoy that. Although, it’s worth noting that West says he did not approve of this doc and that he wants final cut on it. I mean, they’ve been making this thing for 20 years and only now he’s thought of it? Sounds bogus. The filmmakers have since declined his request.

jeen-yuhs: A Kanye Trilogy premieres on Netflix on February 16th.