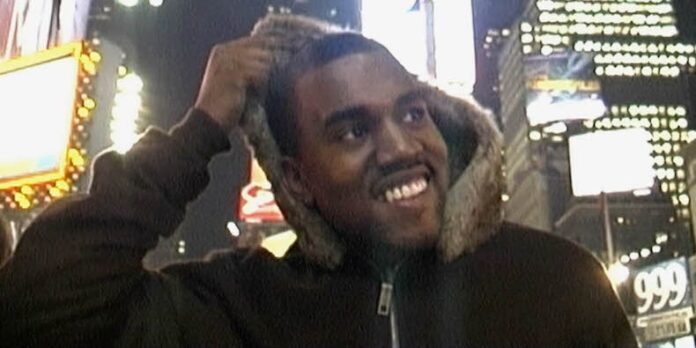 jeen-yuhs: A Kanye Trilogy promises to be as insufferable as the man himself. How else would you describe a three-week-event documentary titled from when people supposedly called him a “genius” back in the day? By gawd, Netflix has helped to pump this guy’s ego to the goddamn moon.

This documentary on the egomaniacal rapper/producer/headcase/fake Presidential candidate comes from directors Clarence “Coodie” Simmons and Chike Ozah. It’ll actually be premiering at the Sundance Film Festival next week, where it’s sure to be a popular pick to watch virtually. That way if it gets a little too Kanye you can turn it off at the press of a button.

Act 1 of jeen-yuhs will then open in theaters on February 10th, followed by the beginning of its three-week run on Netflix on February 16th.

A landmark documentary event presented in three acts from Clarence “Coodie” Simmons and Chike Ozah, jeen-yuhs: A Kanye Trilogy is an intimate and revealing portrait of Kanye West’s experience, showcasing both his formative days trying to break through and his life today as a global brand and artist.