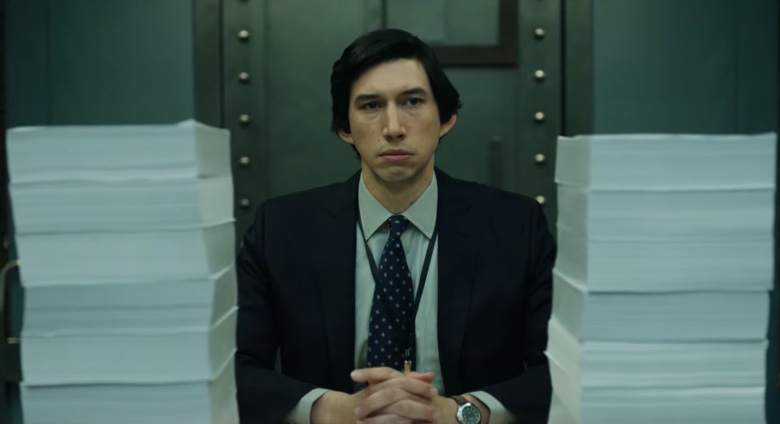 Hollywood and the U.S Government have had an interesting intertwining history. From films advocating for American involvement in World War II to The Hollywood Blacklist during the Red Scare to its advocation for gay and human rights, the push and pull between these two fundamental American institutions have shaped our perceptions of our country and our culture. In the new film The Report, this relationship is once again explored, in an attempt to right the wrongs by the CIA during the Iraq War, in regards to torture as an interrogation tactic. Based on a true story and an actual document set to be released in November, the film follows the Senate investigator Daniel J Jones (Adam Driver), looking into the questionable strategies and tactics used by the CIA, to extract information from suspected terrorists and those in connection with Al Qaeda.
After speaking with an audience at the 2019 Middleburg Film Festival, I sat down with the real Jones to discuss his involvement in the film, government agencies manipulating media, and how The Report holds those responsible for great acts of torture accountable.
How much involvement did you have with the making and the creation of this film?
So, I mean, my job in the film, and like this was basically like a nonprofit endeavor, nobody like made money from this film, was to do facts. It was really important to Scott (Burns, the director) that he’s taking a declassified 525 page report with redactions and getting THAT right. Scott wanted to tell the story of that Senate report and he kind of just used me, as an investigator who was involved in that, as like a sort of a tracer bullet and through the story. Because it was about getting that report to a larger audience and getting the facts right, I was the person he would call on those things. And I also put him in contact with senators and other staff and people at the CIA. So I also serve as somebody who could connect him to other people. So we didn’t have to rely on me. He could talk to other people.
Did he talk to Senator Dianne Feinstein?
He did not talk to Senator Feinstein. He talked to Senator Whitehouse, Senator Udall, Senator Levin. I believe he spoke with Senator McCain’s people. There was a Harvey Milk movie and [Senator Feinstein] also was sort of hands-off that endeavor as well, which I totally respect. Her schedule is just nuts. You know, Scott did talk to her staff and it was her staff that connected Scott and I.
In your Q and A here at Middleburg, you mentioned that Scott was very particular about the language used in the film. Can you talk a little bit about your involvement in the script? Was it Scott asking you, “Is this the right word?” or was it more than that?
Well, you know, this film started as a dark comedy and there’s actually a couple of leftovers in it. The scene where the Bruce Jessen character (one of the psychologists responsible for advanced torture methods, such as waterboarding) says, “I’ve been involved in actual simulations,” which I love that line. But there are sort of leftover lines from the dark comedy script, which I never saw the full script of that one. Scott would send me pieces. “This is the arch of what I’m thinking about doing,” and I actually didn’t realize he was focusing so much on “the investigator,” me in a sense, until I went out to Sundance. Even though I had seen pieces of the script and I’d seen dailies and I’d been on the set. As a kind of an investigator researcher, you turn off part of yourself, right, and you focus on some of the intellectual sides. So I was always here on the intellectual side with him. I mean, it wasn’t until Sundance, “Oh, this is about me.” 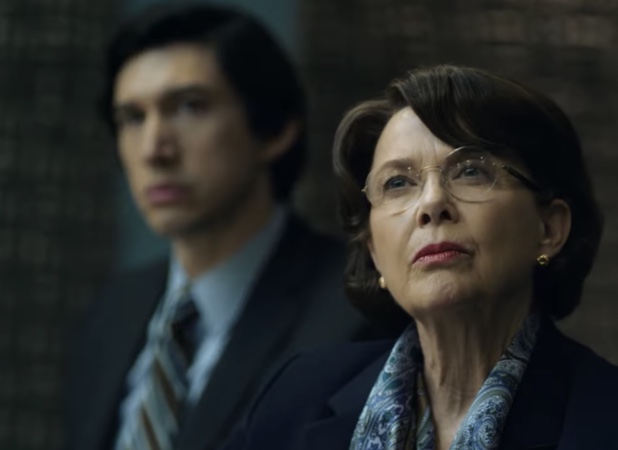 In the movie, there’s this really interesting scene where you, played by Adam Driver, are watching a news report about the film Zero Dark Thirty. Later there’s this whole speech given about the television show ’24’ and how the American people perceive news and perceive torture, but then consume it through media. Can you talk a little bit about how the public perception of news and entertainment impacted the possible release of the report?
Well, I mean, one of the reasons I wanted to engage with Scott on this was there’s this dry Senate report and there were news articles about that report around the world for 24, maybe 48 hours, but then it’s just gone. And if you’ve read the book Sapiens, the history of, sort of, Homo sapiens, It stresses that what makes us different is the importance of narrative and storytelling and that permeates culture. And in the same way that Hollywood has had, in my view, a profound effect on really wonderful things, you look at the issue of gay marriage, there’s this really profound or positive impact. But in the case of torture, it’s been one of these things mythologized and Hollywood-ized, largely because it’s a great device to move things along quickly, right? Nobody wants to watch a three-day-long interrogation where someone talks about their family and like eventually gets this thing. It’s like, “Okay, let’s, you know, twist their arm and then we get the information and we run off.” It just simply doesn’t happen. And Zero Dark Thirty is an interesting case. I happen to know Mark Boal who wrote that movie and there was quite a bit of research done on that. Mark Boal had actually reached out to the agency to do a book about a CIA failure called Tora Bora, Osama Bin Laden’s escape and the CIA said, “Hold on, hold on. What if we gave you exclusive access on something that we did do positively?” And you know, that was the same classified story the CIA was telling the White House, Department of Justice and Congress, it just happened to be wrong. So, they were victims of the misinformation as much as anybody else, until our report came out. So I don’t fault them in this case.
It’s interesting that they used Hollywood as this tool, when there is that political narrative that the Hollywood elite are trying to change and make things more liberal. But in reality, there’s been evidence of the opposite.
Oh yeah. The agency has a very aggressive Hollywood campaign. And it’s basically propaganda and they’re pushing out their story. I mean, there’s a footnote in the report. The UBL operation (the mission where Bin Laden was killed) happened in May of 2011. In March of 2011, and this was a program that was highly compartmentalized, they brought in their public affairs shop to push out to the American people the importance of the detainee program in the capture and the operation that led to Bin Laden’s death. And of course, it was all wrong. 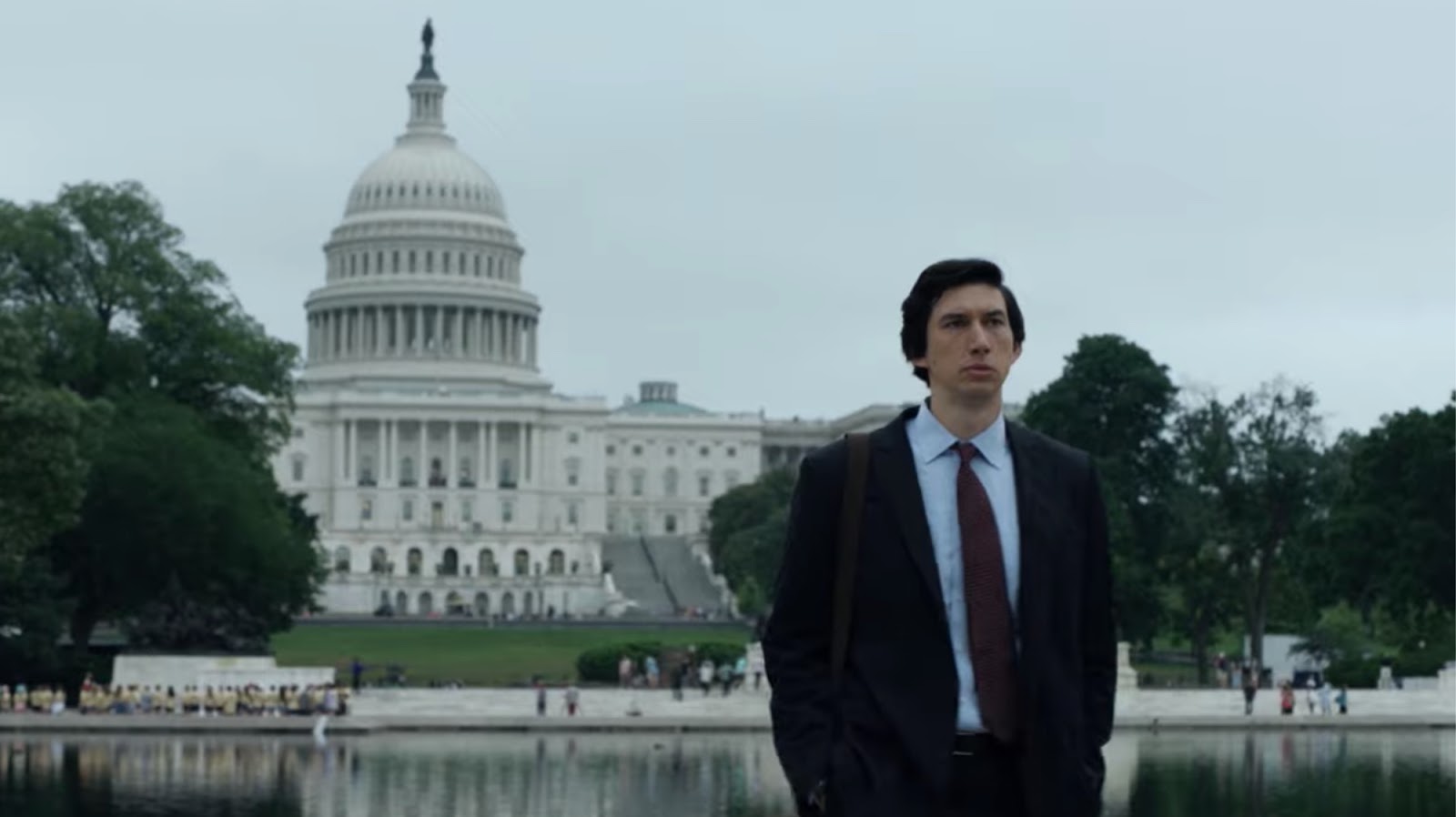 At the end of the film, it states that there really were no charges brought to those involved in the torture at the CIA. Do you think that The Report is in its own way holding them accountable?
What a wonderful statement. Yes, absolutely. No, I couldn’t agree more. You know, this is some form of accountability, getting this out. Just documenting this for history as a form of accountability. Now they did everything they could to avoid it, and that is taking out the names of people who aren’t even classified. They made us take out names of people who are in public positions at the agency. But nonetheless, getting this story out is some form of accountability. Getting everybody who watches this film, is a part of that accountability chain. You know, it’s the report itself. Getting eyeballs on that is really important, and the film will lead people, I hope, to that actual book, to ensure this doesn’t happen again.
What do you hope is the legacy of this film?
There’s two big things in the report itself that I thought were massively important. One is we basically did the largest investigation ever, into the use of torture and it’s effectiveness. We went through 6.3 million pages about people being tortured and we documented that. The ineffectiveness, right? It produced false answers. These are things people knew, but we’ve done it in a way that no one else has. So we thought it was a lesson, not only for the United States, for people who want to do this, but actually a lesson for the world. If you’re in North Korea and China, you want to torture people, you can torture people, sure, but don’t go into thinking that you’re using it because you’re going to get accurate information. So we thought it could have a global impact. That’s one. The second part is just the amount of misinformation and inaccurate information that the CIA was providing to Congress, to the Department of Justice, and perhaps most importantly, the President of the United States. Why do we believe that the inaccurate information that the CIA was pushing to those institutions about the torture program, is any different from some other program they’re involved in? And to me, it still hangs in the air why people haven’t made that connection. So those are the two things that I think are really big, and I hope that the film, again, drives people to the report and drives people to think about this in a constructive manner.
The Report is in theaters on November 15th.