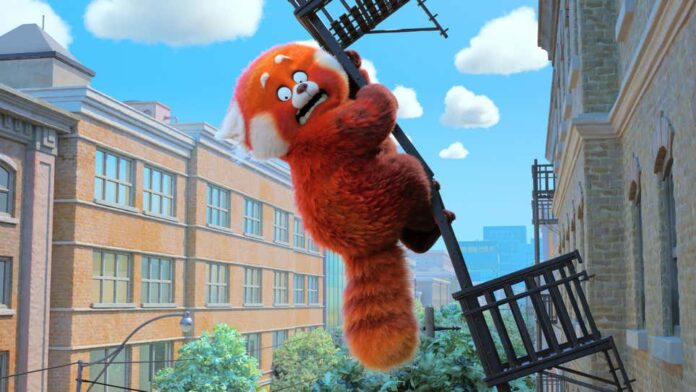 The last Pixar film to get a wide theatrical release? It was three years ago and the movie was Onward. Seems like a lifetime ago, right? The last two films, Soul and Luca, both went straight to streaming on Disney+. And while that was going to change for giant panda film Turning Red, Disney has decided it will also forego a theatrical release.

Pixar’s Turning Red will skip theaters and go straight to Disney+ on March 11th. And nope, it won’t be Premier Access, it will be free to all subscribers. This actually isn’t that huge of a shock. Luca only made $49M internationally but it did extremely well in streaming numbers, and the most recent Disney movie, Encanto, has only done okay with $207M worldwide.

Domee Shi’s coming-of-age film features the voice of Rosalie Chiang as 13-year-old Mei Lee, who struggles with peer pressure and other teenage drama. When the stress becomes too much, she transforms into a giant red panda bear. Sandra Oh plays her overbearing mother.

I wouldn’t be surprised if this becomes the norm from Disney as long as COVID-19 remains an issue.