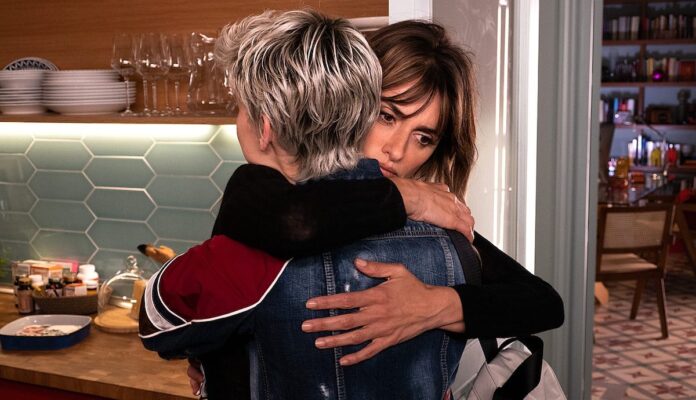 Renowned Spanish filmmaker Pedro Almodóva is deconstructing legacy and motherhood in his latest stylized melodrama Parallel Mothers. His seven-time collaborator Penélope Cruz and relative newcomer Milena Smit star in this female-led film focusing on the bond two women form at the birth of their babies.

While trying to get her recent ancestors’ grave excavated to give her forgotten family members a proper burial, Janis (Cruz) starts an affair with the married Arturo (. As these things go, she falls pregnant and decides to keep the baby as she is nearing the end of her child-bearing years. On her delivery day, she meets the teenage Ana (Smit), also pregnant and at the hospital alone without her father and actress mother. The two become suitemates and bond over being first-time single mothers

Janis comforts Ana and as the day goes on and babies are born, the two women seem to be destined to be friends. However, as Janis starts to rear her child, she discovers that her friendship with Ana is really a collision course with destiny. With Parallel Mothers, the twists are better left unsaid.

Almodóvar’s biggest missed opportunity is that he fails to weave the two storylines together. The burial plot comes in at the beginning and the end with the middle consumed by the melodrama of the actions of the two mothers. It feels like an entire storyline, one that details the horrific history of the colorism experienced during the Spanish Civil War, is completely muted by Janis and Ana’s rocky journey into motherhood. The two-time Oscar-winning director fails to tie the plots together effectively.

Almodóvar’s films are marked by melodrama. However, because he doesn’t seem to fully commit to it here in Parallel Mothers, the full effect feels half-baked. Choices seem to come out of nowhere with very few repercussions. Instead of the bang Almodóva usually leaves us within films like 2019’s Pain and Glory, the script’s ending fizzles out.

That being said, Penélope Cruz is mesmorizing. Janis’ poor decisions and slow realizations can be read all over her face. Like her previous collaborations with Almodóva, Cruz makes melodrama likable and compelling, adding a dash of humor and charm. You might not know where her character is going, but you like where Cruz takes you. She did win the Volpi Cup at this year’s Venice Film Festival for her performance after all.

Could Parallel Mother bring Almodóva his third Oscar win? It’s unlikely. Spain has chosen to submit the Javier Bardem vehicle The Good Patron as its contender for Best International Feature Film. However, don’t count out Cruz who may surprise us all with a Best Actress nomination.