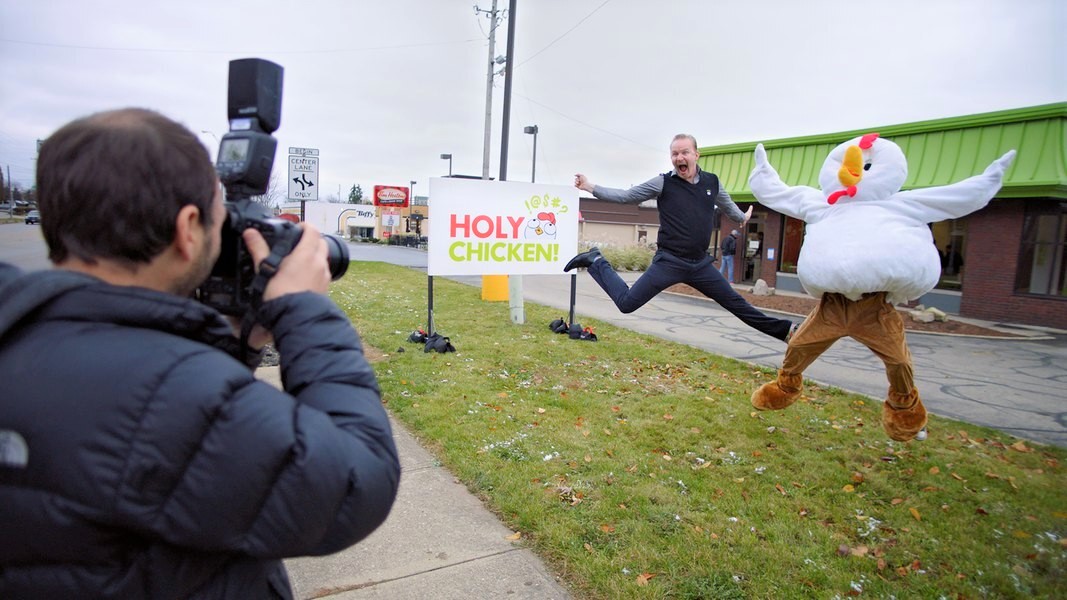 I don’t think it can be denied the influence Morgan Spurlock’s documentary Super Size Me had on changing the fast food industry. You may recall it was 13 years ago that Spurlock burst on the scene by eating McDonald’s for every meal for a month, and the experiment damn near killed him. Now, that same industry has radically shifted into promoting so-called “healthy” options, which each chain fighting to prove they are the healthiest. Spurlock is calling bullshit on that with his new sequel, Super Size Me 2: Holy Chicken!, and once again he’s putting himself right in the middle of the controversy.

In Super Size Me 2, Spurlock takes on the fast food restaurants promoting themselves as healthy, and to do that he’s going to open his own chicken restaurant from the ground up. Along the way, Spurlock exposes the lies behind the industry in hopes of creating a food experience that can truly be seen as healthy. And because this is Spurlock, he does it with his own style of humor that, admittedly, isn’t everyone’s cup of tea. Consider me a fan, though.

SYNOPSIS: In the 13 years since SUPER SIZE ME, the fast-food industry has undergone a makeover. Today, chain restaurants tout food that’s “healthy,” “organic,” and “natural.” Filmmaker MORGAN SPURLOCK explores this new reality with an approach even more immersive and subversive than that used for his first film: he sets out to open his own chicken franchise. We follow him every step of the way, from raising poultry and conjuring recipes to designing the brand and scouting a location. Spurlock brings his disarming humor to uncover the truths and lies behind this multibillion-dollar industry.


Super Size Me 2 hits theaters and VOD on September 13th, which is in itself news. The film opened to rave reviews at TIFF a couple of years ago and was picked up by YouTube Red for a few million bucks. However, an admission he was “part of the problem” in the early weeks of the #MeToo movement got the film dropped, and it hung in limbo for months. Looks like a new distributor has been found, and it’ll be interesting to see what role Spurlock plays in any promotions.