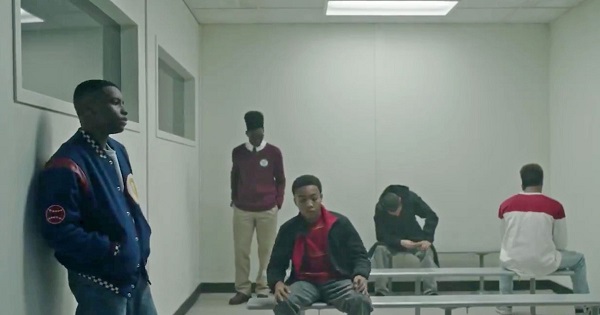 Although the case is a little before my time, we all knew about the “Central Park Five.”  The case made national headlines as a wealthy young white woman was brutally raped and beaten one late night in 1989 in Central Park.  This was a time where New York City was not the “bright light, big city” we all know from the songs and shown now in a highly gentrified city, this is a time when crime was high, there were enflamed racial tensions, and this specific case came at just about the worst time.

Antron McCray, Kevin Richardson, Yusef Salaam, Raymond Santana, and Korey Wise: five young men who really didn’t know each other, whose only connection was that they were hanging out in the park late one night during spring break, would forever be changed.  They were picked up by the police, harshly interrogated (and beaten) without a lawyer (or even their parents present) into giving confessions against each other, with an aggressive prosecutor and police force determined to find them guilty.  They were arrested and within a year were tried and found guilty.  The fact is, they didn’t do it.  Seeking atonement, the real rapist confessed years later (which DNA evidence confirmed), and the now adult men were exonerated for the crime.  They eventually sued and finally received their justice in the form of a $41 million settlement from the city, but the damage was done.  These men lost their youth and their innocence. 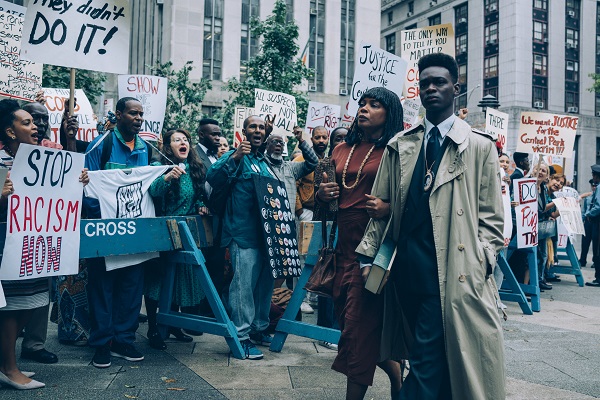 Filmmaker Ken Burns (along with his daughter Sarah and her husband David McMahon) produced the award-winning documentary The Central Park Five for PBS in 2012 which helped raise even more awareness for the case, but there’s much more about this case that needed to be explored, mainly, who are these young men, what did they have to deal with, and how their lives were forever changed because of that case.  Here’s where Ava Duvernay comes in.  After being nominated for her Martin Luther King biopic Selma, she received a tweet from one of the famed five Raymond Santana:

So began the development of When They See Us, the Netflix miniseries with the goal of revisiting the famed case, but instead focusing on the young men who were affected by it.  Writing every episode of the four-part series (along with Robin Swicord, Attica Locke, Yusuf Hassan, and Michael Starrbury) as well as directing each episode, Ava delivers a tour de force as in each episode we are drawn into the world these young men lived in, and the hell they have experience for the next 25 years until they received their much due justice. 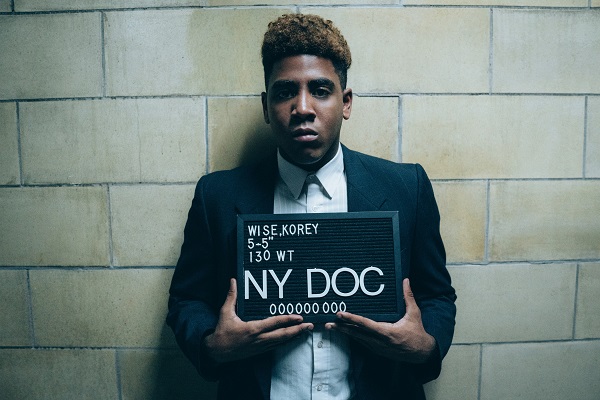 The first episode transports us to 1989 where spring break just started and the kids are just “wilin’ out” in Central Park one late night, only for the next day Trisha Meili to have been brutally beaten and raped.  Sex crimes prosecutor Linda Fairstein (played to be hated by Felicity Huffman) began building the case and instead of labeling the young men as witnesses, they became suspects.  Even the term wilin’ out became “wilding out” and the young men were seen as animals who raped and almost murdered Trisha Meili.  The cops made the kids’ parents leave, took advantage of the language barrier for Santana’s family, work the hell out of these kids (no sleep or food for more than 12 hours), they really didn’t know each other, and managed to have them rat on each other.  In doing so, they were all arrested.

The second episode focused on the actual trial and even gives you hope that there’s a happy ending as there was no DNA evidence, the prosecutors held evidence, and substantial circumstantial evidence against them, only for them to be found guilty in such a heartbreaking moment. 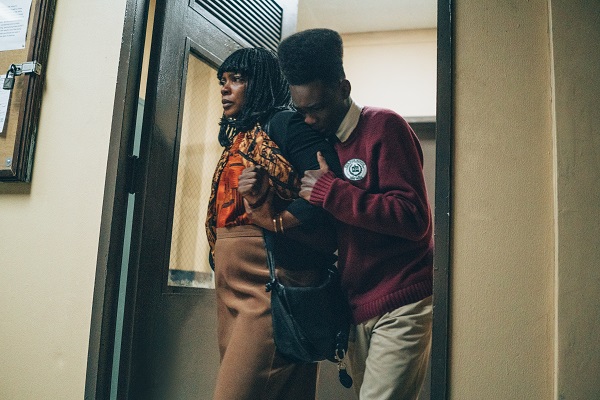 The third and fourth episodes show us the hell the kids had to endure while incarcerated (even worse for Korey Wise who was tried and sentenced as an adult) and having to readjust to life after their release.  Life is hard having to fill out job applications as a felon, and even worse to register as a sex offender.  Family relationships can change as well as Raymond Santana moves back with his father (John Leguizamo) who has since then married and started a new family with his wife (Dascha Polanco) who calls him a “rapist” to his face.  Each one of them tries to move on, but the weight of being innocent but convicted weighs heavily on them.  While this sad, horrible story, has a happy ending, the road there was anything but.

When They See Us gives our current president a much-needed smacking.  Those in New York City for a long time knew him as the racist, real estate conman that the rest of the country is finally wising up to.  Trump famously enflamed racial tensions by shelling out more than $85,000 in newspaper advertisements calling for the death penalty for these young men.  It’s been argued that the case was made worse thanks to Trump and perfectly summarized by one of the mothers by exacerbating “he wants to kill my baby, and he doesn’t even know him.” 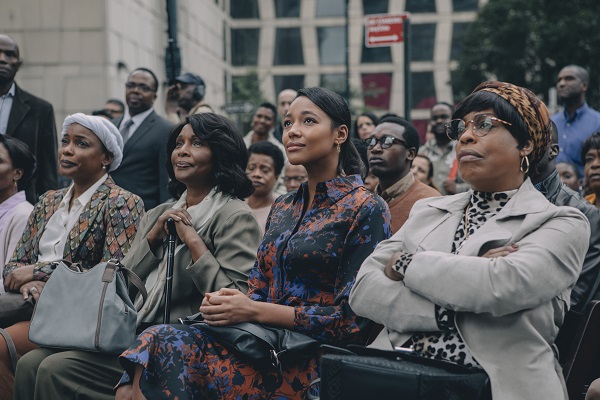 Speaking of the mothers, all props are due for the supporting cast of the series.  Netflix with their seemingly unlimited budget brought out some heavy hitters including Michael K. Williams, John Leguizamo, Niecy Nash, Aunjanue Ellis, Kylie Bunbury as members of the young mens’ family who have to struggle with not only their children’s guilty verdict, but their own guilt with how it all unfolded.  Williams playing Antron McCray’s father convinced his son to cooperate with the police and plead guilty, and his guilt dissolved his marriage.  What could they have done differently to ensure that they protected their children is a hard thing to look at in hindsight?  Additional cast members include Joshua Jackson, Christopher Jackson, and Blair Underwood as lawyers for the kids who have to face against the more resourceful City of New York for their case while Adepero Oduye and Omar Dorsey play activists who never gave up hope for 25 years.  Famke Janssen is the member of the police who thinks they have the wrong suspects and William Sadler plays one of the detectives who interrogates the kids.  Everyone gives them their A-Game each episode and it’s a marvel to watch it unfold. 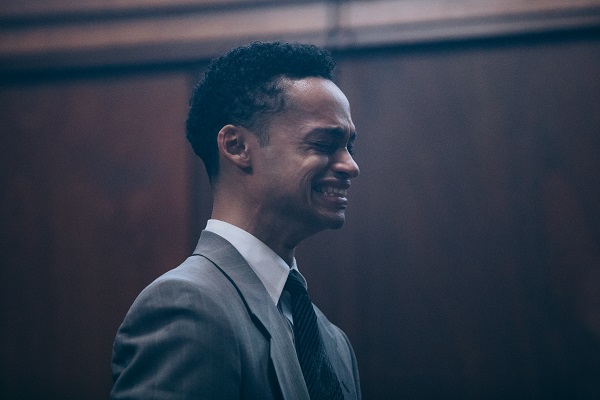 We can’t talk about the casting without discussing the members of the Central Park Five.  Netflix must have a secret “perfect child actors” factory where they find all their talent.  I thought the kids from Stranger Things couldn’t be more perfectly cast, When They See Us comes and knocks it out the park.  Caleel Harris plays Antron McCray while Jovan Adepo plays the adult version of him.  Ethan Herisse is Yusef Salaam and Chris Chalk plays him as an adult.  Marquis Rodriguez is the young version of Raymond Santana while Freddy Miyares plays him as an adult.  Asante Blackk is Kevin Richardson as Justin Cunningham plays him as an adult.  Each gives honest and raw portrayals and the young kids as they go through the hellish experience of their lives.  Jharrel Jerome (of Moonlight fame) will probably get an Emmy nomination as both the young and old version of Korey Wise (which is amazing in itself as he looks both young as hell in the past, and ages before our eyes as the show moves into the present).  Korey Wise tried and convicted as an adult, received the worst from the justice system as we see him deal with his trans sibling and the division that brings his family in the 1980s, to being incarcerated, assaulted on a regular basis, and forces himself into solitary confinement where his sanity is brought to the brink.  His story is the most heartbreaking, and as a result, he gets the most room to completely shine. 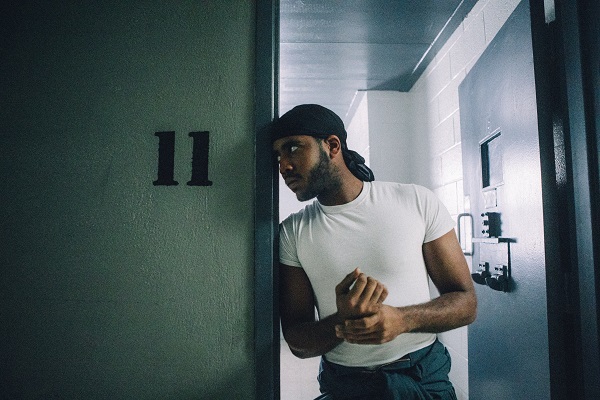 If there are any complaints about When They See Us, is that the vindication of the Central Park Five does come abrupt and not too much time is spent on their victory after so many years.  After so much time watching these young men suffer and for so long, it would have been such a more cathartic ending to watch them have more than a few minutes finally being the victors of their own story.  It seems as though the purpose of the show was to show them as normal people (and not the monsters the media made them out to be) with everything they went through.

Ava Duvernay made sure they weren’t even called the “Central Park Five” through the series, rather by their given names to show them as the living, breathing people they really are.  A lot of love and care was put into this show.  From getting 1980’s New York right from a production standpoint, to the feelings the trial brought across all lines.  The show also reminded you that even though they were innocent of the crime, this was a case about the worst crime imaginable, as we also saw things from the perspective of victim Trisha Melli (Alexandra Templer) and it’s very hard-hitting when she testifies in the trial.  The show absolutely nails it out of the park and Ava is using her status and celebrity to tell a very important story that even if you pay attention to the news lazily, it could happen in today’s political and racial climate, and it absolutely shouldn’t!  By giving these young men their own story, they have their dignity and their agency back.  Although they can’t have their youth back, they have their respectability and their individuality!