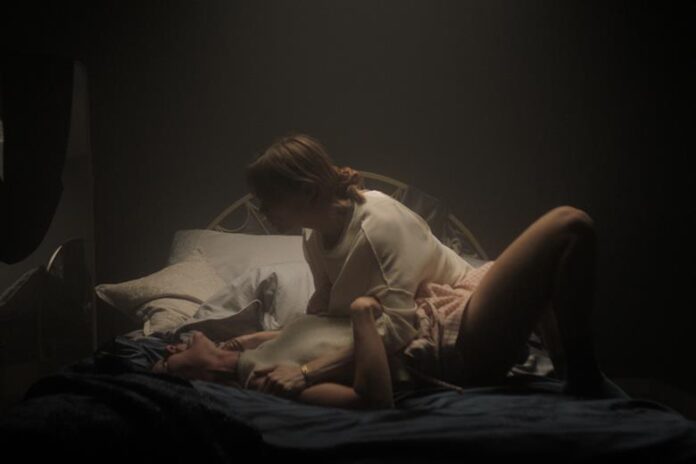 One of the standout horror films from last year’s TIFF, A Banquet marks the directorial debut of newcomer Ruth Paxton. The festival circuit has been where some of the genre’s top voices first emerged and based on this trailer, and the strong reviews, IFC Midnight might have a breakout film on their hands.

Starring Resident Evil‘s Sienna Guillory, plus Jessica Alexander, Ruby Stokes, and Lindsay Duncan, A Banquet dials in on the tensions between a mother and her teenage daughters in the wake of a tragedy. Faith, fear, and a most unusual hunger strike are all part of this nightmarish family psychodrama.

Here is the official synopsis: Widowed mother Holly (Sienna Guillory) is radically tested when her teenage daughter Betsey (Jessica Alexander) experiences a profound enlightenment and insists that her body is no longer her own, but in service to a higher power. Bound to her newfound faith, Betsey refuses to eat but loses no weight. In an agonizing dilemma, torn between love and fear, Holly is forced to confront the boundaries of her own beliefs.

A Banquet hits select theaters and VOD on February 18th.