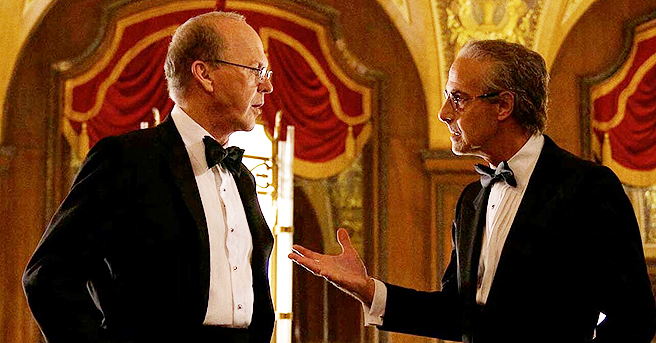 Worth is a film I remember from the 2020 Sundance Film Festival, where it premiered and sorta vanished from thin air. It wasn’t for a lacking in the performances, which were led by Michael Keaton, Stanley Tucci, and Amy Ryan. This was just a drama that had a hard time gaining attention, largely due to its fact-based story of Kenneth Feinberg, the attorney appointed Special Master of the U.S. government’s September 11th Victim Compensation Fund. Yeah, not exactly exciting stuff, right?

Netflix and the Obamas’ Higher Ground banner acquired Worth earlier this year and are releasing it select theaters and streaming next month, just in time for the 20th anniversary of 9/11. Keaton plays Feinberg, who is literally charged with deciding the value of the lives of those lost in the World Trade Center and Pentagon attacks. It’s an impossible task made more difficult by a grieving activist, and the various demands of those who lost loved ones on September 11th.

The film is directed by Sara Colangelo from a script by Monster-verse writer Max Borenstein. I quite liked it back then and tried hard to get it into some local festivals to no avail. Not sure how it’ll play on Netflix, but we’ll find out when Worth opens on September 3rd.

Following the horrific 2001 attacks on the World Trade Center and Pentagon, Congress appoints attorney and renowned mediator Kenneth Feinberg (Michael Keaton) to lead the September 11th Victim Compensation Fund. Assigned with allocating financial resources to the victims of the tragedy, Feinberg and his firm’s head of operations, Camille Biros (Amy Ryan), face the impossible task of determining the worth of a life to help the families who had suffered incalculable losses. When Feinberg locks horns with Charles Wolf (Stanley Tucci), a community organizer mourning the death of his wife, his initial cynicism turns to compassion as he begins to learn the true human costs of the tragedy.