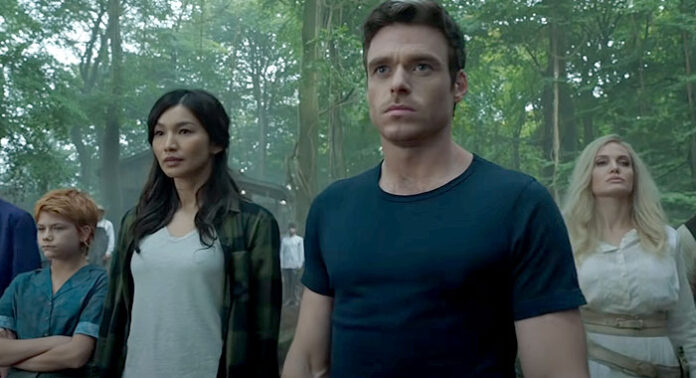 There was an uproar recently when Disney CEO Bob Chapek suggested the release strategy for Shang-Chi and the Legend of the Ten Rings would be an “interesting experiment.” It was misconstrued to mean the film itself, which features a largely Asian cast, was the experiment. What he meant was that it would be opening exclusively in theaters, the first Marvel movie to do so since 2019. How it does could have huge ramifications on future Marvel projects, especially Eternals which opens just a couple of months later.

To put a finer point on it, Variety caught up with Kevin Feige and asked him about release plans for Eternals, and the Marvel chief wouldn’t commit to a definite strategy. Will it open as a theatrical exclusive like Shang-Chi? Or as a dual release alongside Disney+ as Black Widow did to modest effect?

Will fans be watching #Eternals at home or at the theaters? "I think a theater would be my preference and Chloe [Zhao]'s preference. We will see where we go with it," says Kevin Feige. https://t.co/Tgq3Td0b9l pic.twitter.com/GyCIz04kjs

In short, let’s see how Shang-Chi does first. That film opens September 3rd, followed by Eternals on November 5th.