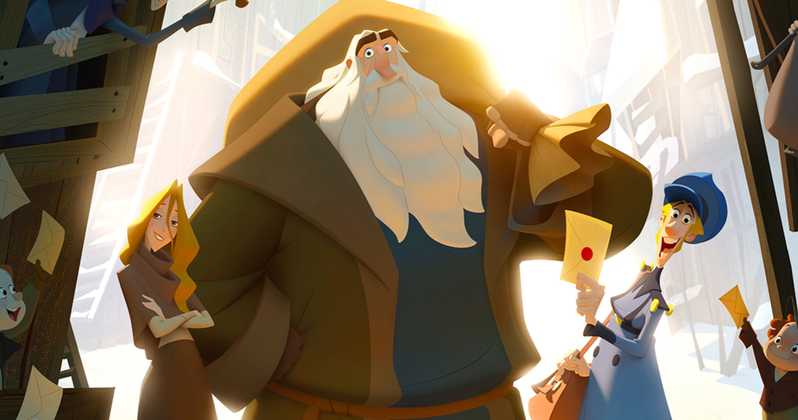 Hard to believe Netflix is only now releasing their first original animated full-length feature. The timing couldn’t be better for the arrival of Klaus, a holiday origin story for the big guy himself, Santa Claus.

Featuring the voices of Jason Schwartzman, JK Simmons, Rashida Jones, Norm MacDonald, and Joan Cusack, Klaus follows a postal worker who, after proving himself to be pretty terrible at his job, is assigned to an unhappy town in the frozen North. There he encounters the mysterious toymaker Klaus, and sets out to bring joy to the people.

The film is directed and co-written by Sergio Pablos, who created the incredibly popular Despicable Me franchise.

SYNOPSIS:
When Jesper (Jason Schwartzman) distinguishes himself as the postal academy’s worst student, he is stationed on a frozen island above the Arctic Circle, where the feuding locals hardly exchange words let alone letters. Jesper is about to give up when he finds an ally in local teacher Alva (Rashida Jones), and discovers Klaus (Oscar-winner J.K. Simmons), a mysterious carpenter who lives alone in a cabin full of handmade toys. These unlikely friendships return laughter to Smeerensburg, forging a new legacy of generous neighbors, magical lore and stockings hung by the chimney with care. An animated holiday comedy directed by Despicable Me co-creator Sergio Pablos, KLAUS co-stars Joan Cusack, Will Sasso and Norm Macdonald.

‘The Tomorrow War’ Teaser: Chris Pratt Fights To Save The Future In Amazon’s Summer Sci-Fi Blockbuster