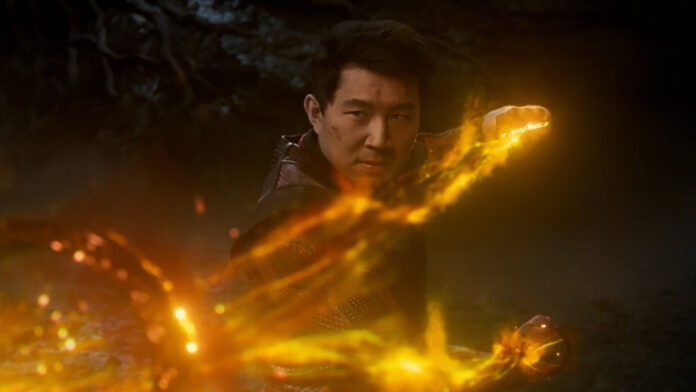 Tickets for Shang-Chi and the Legend of the Ten Rings went on sale today, and to celebrate Marvel has dropped a new TV spot. It’s an important one, I think, in helping audiences to see Shang-Chi as on the same level as Captain America, Iron Man, and Thor. That’s key for a character that many people will be unfamiliar with, played by an actor, Simu Liu, they probably have never seen before.

The clip arrives at a time when there’s a bit of turbulence right out there in the open. Liu has taken issue at Disney CEO Bob Chapek’s recent comments about the film’s staggered release strategy, in which it will open in theaters for 45 days before moving to streaming. That’s different than many other Disney films, including Black Widow, which opened simultaneously in theaters and Disney+ Premier Access.

We are not an experiment.

We are the surprise.

I’m fired the f**k up to make history on September 3rd; JOIN US. pic.twitter.com/IcyFzh0KIb

So let’s be clear about something: Chapek did NOT call Shang-Chi an experiment. He was saying the release strategy is an experiment. His words have been misconstrued to stir controversy, and sadly, it worked. That said, I’m glad to see Liu’s passion in fighting for his movie which is going to need all the help it can get.

Shang-Chi and the Legend of the Ten Rings opens September 3rd. Check out an additional clip below that features some daring martial arts action on a scaffold!