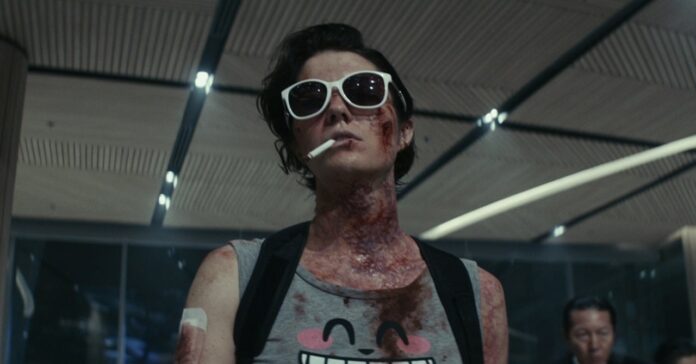 I think Hollywood, and Netflix in particular, have decided to just try and make me happy. Don’t worry about anyone else, just me. They know that female-led assassin flicks are directly in my wheelhouse, and so we get films like Gunpowder Milkshake (which is brilliant), The Protege (not Netflix, but still awesome looking with Maggie Q starring), and now Kate, which lets Mary Elizabeth Winstead show off more of the action badassery that she gave us in Gemini Man and Birds of Prey. Yes, please. Speakin’ right to me, you guys.

Winstead plays the titular assassin, a perfect killing machine who has only 24 hours left to live after being poisoned. So what’s a good way to spend that time? Murdering lots of people in an effort to find out who wants you dead.

The film is directed by Cedric Nicolas-Troyan (The Huntsman: Winter’s War), and co-stars Tadanobu Asano, Miyavi, Michiel Huisman, Miku Martineau, Jun Kunimura, and Woody Harrelson because he’s in everything.

Meticulous and preternaturally skilled, Kate is the perfect specimen of a finely tuned assassin at the height of her game. But when she uncharacteristically blows an assignment targeting a member of the yakuza in Tokyo, she quickly discovers she’s been poisoned, a brutally slow execution that gives her less than 24 hours to exact revenge on her killers. As her body swiftly deteriorates, Kate forms an unlikely bond with the teenage daughter of one of her past victims. Starring Mary Elizabeth Winstead and Woody Harrelson, and directed by Cedric Nicolas-Troyan, Kate follows a burned assassin’s furious pursuit of one last self-appointed job.