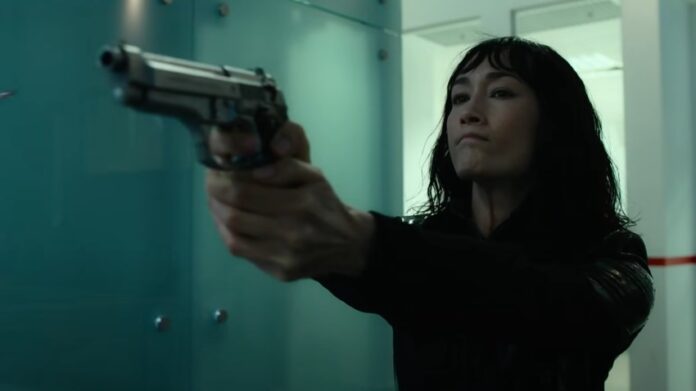 When the trailer for assassin thriller The Protégé dropped a few weeks ago, I made it clear right away this is my most anticipated movie of summer. It hits me right in the sweet spot, and with stars Maggie Q, Samuel L. Jackson, and Michael Keaton, there’s every reason to expect this to be among the genre’s best in years.

Lionsgate is keeping the film in the spotlight with a new motion picture with Maggie Q’s contract killer front and center. She’s flanked by images of Jackson and Keaton’s characters, along with brief looks at some of the fast-paced action. I can’t wait.

The film is directed by James Bond veteran Martin Campbell (Goldeneye, Casino Royale), from a script by The Equalizer‘s Richard Wenk.

The Protégé opens in theaters on July 23rd!

She’ll let nothing stand in her way. Michael Keaton, Maggie Q and Samuel L. Jackson star in #TheProtege – only in theaters August 20, 2021. pic.twitter.com/3n0SbDLGbz

Rescued as a child by the legendary assassin Moody (Samuel L. Jackson) and trained in the family business, Anna (Maggie Q) is the world’s most skilled contract killer. But when Moody – the man who was like a father to her and taught her everything she needs to know about trust and survival – is brutally killed, Anna vows revenge. As she becomes entangled with an enigmatic killer (Michael Keaton) whose attraction to her goes way beyond cat and mouse, their confrontation turns deadly and the loose ends of a life spent killing will weave themselves even tighter.