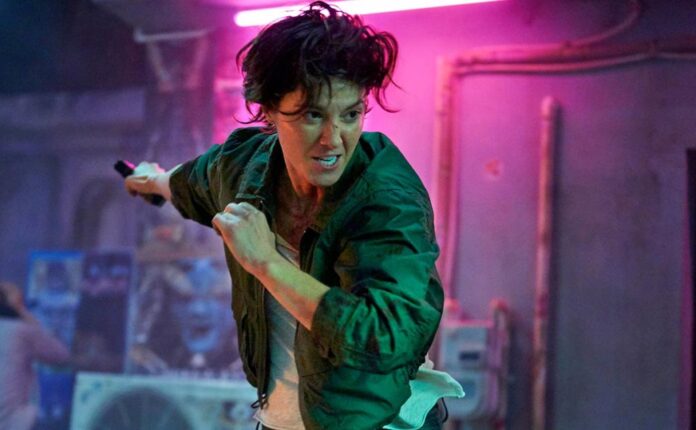 If I had to pick a favorite actress right now it would be Mary Elizabeth Winstead, and actually it’s been that way for a long time. She’s appeared in many of my all-time favorite films, but not often enough in the action genre. That’s changed recently, though, with roles in Gemini Man and last year’s underrated Birds of Prey, the latter really giving her ass-kicking skills a chance to shine. And now we’re getting to see them again in a movie all her own, Kate, from director Cedric Nicolas-Troyan.

The first images from Kate show Winstead as we’ve rarely seen her; bloodied, bruised, heavily-armed, and smokin’ a cig! The Scott Pilgrim vs. the World star plays a badass criminal who must seek revenge during her final 24hrs to live.

Also in the cast are Tadanobu Asano, Miyavi, Michiel Huisman, Miku Martineau, Jun Kunimura, and Woody Harrelson. Nicolas-Troyan is a French filmmaker whose only directing credit is 2016’s The Huntsman: Winter’s War.

‘Kate’ Trailer: Mary Elizabeth Winstead Is An Assassin With 24 Hours To Get Revenge