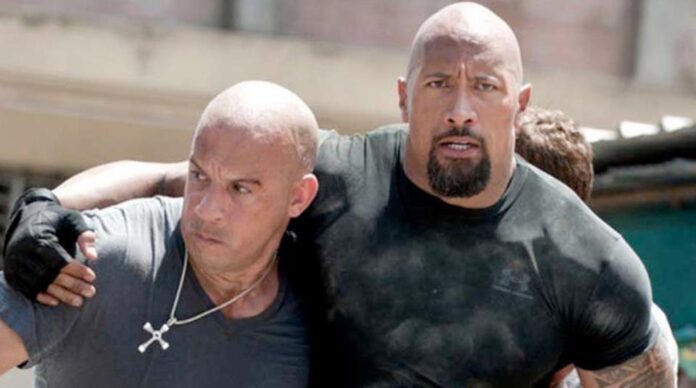 That beef between Vin Diesel and Dwayne Johnson during the filming of The Fate of the Furious? It was all a misunderstanding and definitely not a couple of overly-muscled, bald alpha males butting heads.

At least, that’s what Diesel says in a new interview with Men’s Health. Diesel attributes the feud, which eventually led to Johnson leaving for the Hobbs & Shaw spinoff, to trying to get the best performance from his co-star…

“My approach at the time was a lot of tough love to assist in getting that performance where it needed to be. As a producer to say, ‘Okay, we’re going to take Dwayne Johnson, who’s associated with wrestling, and we’re going to force this cinematic world, audience members, to regard his character as someone that they don’t know.’”

“Hobbs hits you like a ton of bricks,” he continued. “That’s something that I’m proud of, that aesthetic. That took a lot of work. We had to get there and sometimes, at that time, I could give a lot of tough love. Not Felliniesque, but I would do anything I’d have to do in order to get performances in anything I’m producing.”

Hmmm…I’m not so sure he’s being completely honest here. It’s not like Johnson needed to be acquainted with making movies or anything. He was, and some would say still is, the biggest star in the entire Fast & Furious franchise, Diesel included.

Anyway, Diesel and Johnson seem to have squashed their feud. While Johnson didn’t return for F9: The Fast Saga, the franchise is far from over and there’s a tease in the film that suggests we haven’t seen the last of Hobbs & Shaw as part of the core team. Be sure to stay through the credits, that’s all I’ll say.