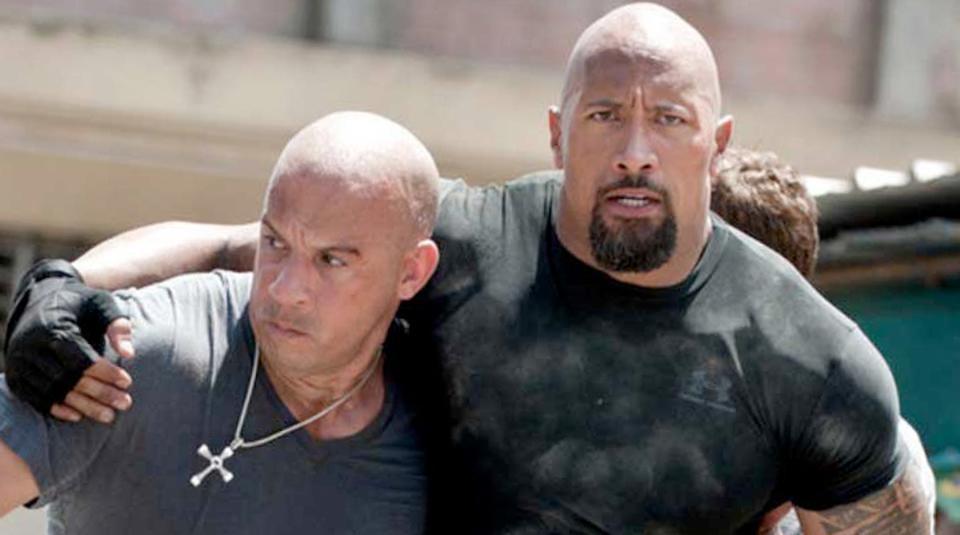 Sometimes, bros just need to hug it out. Squash a beef. As you probably know, one of the big reasons Hobbs & Shaw exists to earn $755M worldwide (so far, it’s still going strong) is because of the feud between Dwayne Johnson and franchise star Vin Diesel.  While the two worked together fine when Johnson was brought in to jumpstart Fast Five, the relationship soured and they were at one another’s heavily-muscled throats by Fate of the Furious, barely sharing any screen time.

Well, it appears the two sides have made up, and all is well in the world of bald-headed action stars once again. Johnson posted the below video to Instagram where he thanks Diesel for his support of Hobbs & Shaw, and also teases a return the Fast & Furious movies…

“And as you know, my goal was always, all these years, to come into the ‘Fast & Furious’ world and help elevate the franchise in any way that I possibly could. And of course, all roads lead to one thing. I’ll be seeing you soon, Toretto.”


So it’s on? Well, not quite. You won’t see Johnson or his pal Jason Statham in Fast & Furious 9, but #10 seems like a sure bet, especially if it’s the finale as many think.