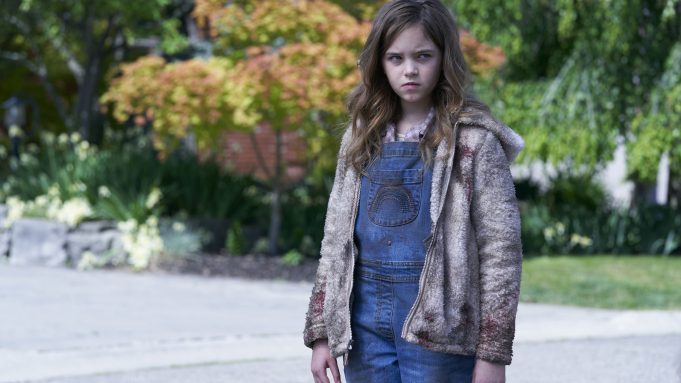 Back away from Ryan Kiera Armstrong or you’re likely to get burned! The American Horror Story actress has landed the lead role in Blumhouse’s remake of Stephen King’s Firestarter, and we’ve got the first look at her as Charlie, the dangerous pyrokinetic.

Blumhouse broke the news of Armstrong’s casting with this debut image, and I’m getting serious Drew Barrymore vibes here. Barrymore had one of her biggest early roles in the original 1984 film, playing Charlie, a young kid who develops the ability to control fire and see the future. This does not go well for anybody, especially the secret organization seeking to control her fiery gifts.

The new version of Firestarter is directed by Keith Thomas (The Vigil) from a script by Scott Teems (Halloween Kills). Armstrong joins the previously-cast Zac Efron and Michael Greyeyes, but there are still a lot of roles we haven’t heard much about.