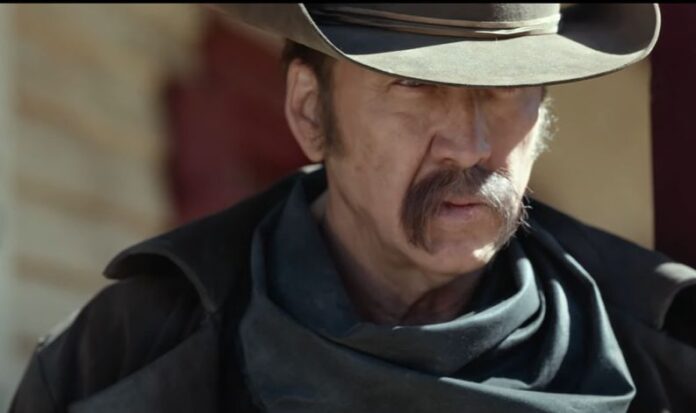 Everyone loves a classic and, as far as plots go, there aren’t many more classic then “Gunslinger who gave up his violent ways turns back to them in a pursuit of vengence”, that my friends is exactly what Nicolas Cage is up to in the upcoming film The Old Way. The twist on the old tale this time around is that the old gunslinger isn’t alone, he’s got his adorable and completely cold daughter with him. If you can watch the trailer below and not immediately think of this being “Hit Girl and Big Daddy: 1886” then I applaud you.

The trailer below paints a picture of simplicity, something I have no problem with in cases such as these. You’ve got all the hallmarks of an old school western, shoot outs in the town square, a sheriff who’s doing the best he can, and a man who’s lost (almost) everything and is ready to take that pain back in blood. Saban films man, I’m telling you, they’re doing the Lords work they are Canon films for the 21st century.

Check out the trailer below and look for The Old Way in theaters January 6, 2023. On Premium Video on Demand and Premium Digital January 13, 2023

Academy Award® winner* Nicolas Cage stars in his first-ever Western as Colton Briggs, a cold-blooded gunslinger turned respectable family man. When an outlaw and his gang put Colton and his family in peril, Colton is forced to take up arms with an unlikely partner — his 12-year-old daughter (Ryan Kiera Armstrong) — in this action-filled film that builds toward its fateful showdown with pulse-pounding suspense.