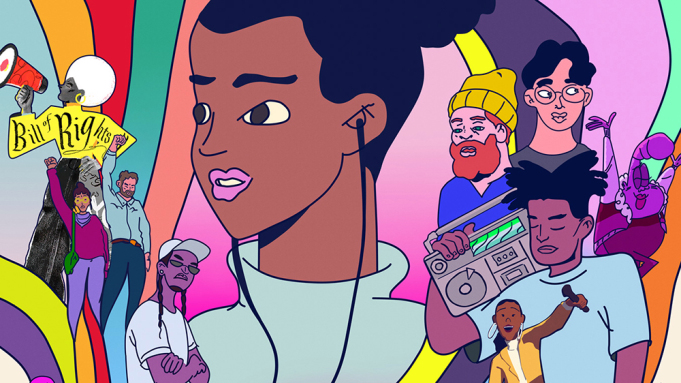 Man, I can’t wait to see how they spin this into the Obamas making a radical attack on America.

Barack and Michelle Obama continue to spend their time after the White House to educate and entertain. Their Higher Ground production label has already delivered the documentaries Becoming, Oscar winner American Factory, and Oscar nominee Crip Camp, and now they’re back with We The People, which is basically Schoolhouse Rock for a new generation.

Only the Obamas can put a group like that together.

The series is created by Chris Nee, of the popular children’s series Doc McStuffins. Kenya Barris (black-ish) is on board as a producer.

We the People debuts, appropriately enough, on July 4th.

Combining music and animation to educate a new generation of young Americans about the power of the people, We the People is a series of 10 animated music videos that covers a range of basic U.S. civics lessons in not-so-basic ways. Set to original songs performed by artists such as H.E.R., Janelle Monáe, Brandi Carlile, Lin-Manuel Miranda, Adam Lambert, Cordae, Bebe Rexha, KYLE, Andra Day, and poet Amanda Gorman, with a groundbreaking mix of animated styles — each episode of We the People is an exuberant call to action for everyone to rethink civics as a living, breathing thing and to reframe their understanding of what government and citizenship mean in a modern world.