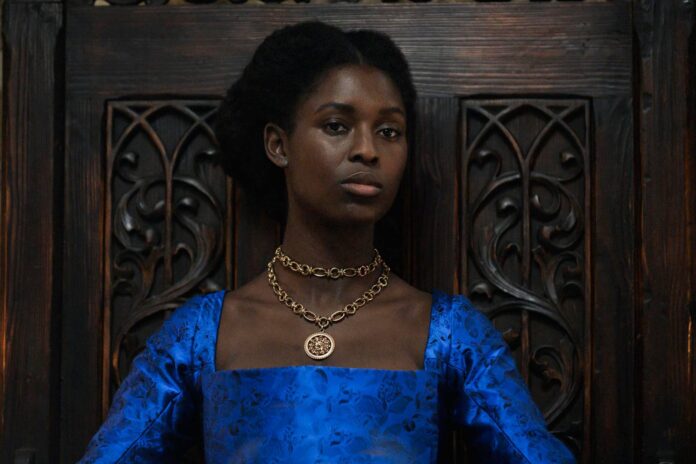 Haven’t done a round-up like this in a while. Let’s get it!

Jodie Turner-Smith continues her hot streak by joining the cast of White Noise, Noah Baumbach’s upcoming film starring Adam Driver and Greta Gerwig. Raffey Cassidy, Sam Nivola, and May Nivola are also in the cast. The adaptation of Don DeLillo’s novel follows a Hitler studies professor, his wife, and their four children. Always bound by their love an fear of death, the couple meet it head-on after an industrial event unleashes a toxic black cloud over their lives. Turner-Smith was recently seen in Without Remorse opposite Michael B. Jordan, and will play Anne Boleyn in an upcoming period drama series. [Deadline]

Meanwhile, Kate Beckinsale will star in Prisoner’s Daughter, a new family drama from Lords of Dogtown director Catherine Hardwicke. Penned by Marc Bacci, the story follows “a tough but proud ex-con who’s struggling to find a way to reconnect with his only daughter and grandson; once he begins an attempt at reconciliation, his violent past once again catches up to him.” Beckinsale was last seen in the British drama film Farming, and 2017’s The Only Living Boy in New York. Hardwicke’s latest was a remake of Mexican thriller Miss Bala. [Deadline]

Katherine Waterston has booked a trip to Babylon. The Inherent Vice actress has joined Damien Chazelle’s 1920s Hollywood drama starring Margot Robbie, Brad Pitt, Diego Calva, Jovan Adepo, and Li Jun Li. The film takes place during the time when studios were transitioning away from silent movies and into “talkies”. Waterston was recently seen in the acclaimed drama The World to Come. Babylon opens on December 25th 2022 before going wide on January 6th 2023, because this clearly has Oscar aspirations.