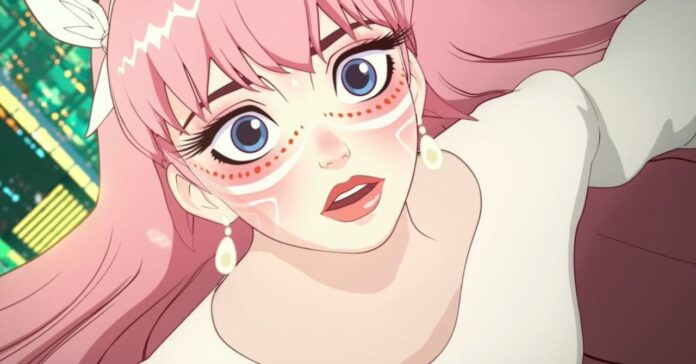 There have only been a handful of anime films, six exactly, to be an Oscar nominee for Best Animated Feature. Mamoru Hosoda’s 2018 film Mirai is one of them, which makes the arrival of his follow-up, Belle, quite an occasion. Judging by the trailer, we may be in store for another magical experience that wins hearts and possibly earns another nod from the Academy.

The story of Belle centers on a depressed 17-year-old girl who finds escape from reality in a virtual world called “U”. There she is no longer herself, but a popular singer with millions of adoring fans. And at least one monster who she embarks on a strange journey of self-discovery and love.

Hosoda has consistently been behind some of the best non-Ghibli anime films out there, including Summer Wars, The Girl Who Leapt Through Time, and Wolf Children, all personal favorites of mine. Can’t wait to see what Belle has to offer when it opens in Japan on July 16th. Hopefully a U.S. date is soon to follow.

“Belle” follows Suzu, a 17-year-old high school student living in a rural village with her father. For years she has only been a shadow of herself. One day, she enters “U,” a virtual world of 5 billion members on the Internet. There, she is not Suzu anymore but Belle, a world-famous singer. She soon meets with a mysterious creature. Together, they embark on a journey of adventures, challenges, and love, in their quest of becoming who they truly are.