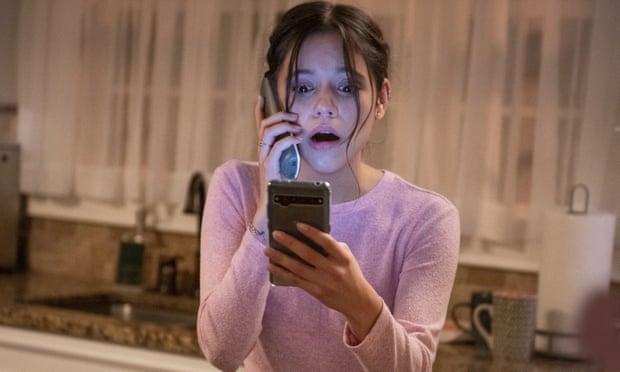 Scream wouldn’t stay silent in its opening weekend, as the Ghostface became first to unseat Spider-Man at the box office. The $30.6M debut, and estimated $36M four-day holiday total, is beyond expectations for the longtime horror franchise. This is far better than the $18M brought in by Scream 4 back in 2011. The reunion of David Arquette, Neve Campbell, and Courteney Cox was enough to return original fans, while a cast of fresh faces lured in newbies who may be unfamiliar with the series’ play on genre tropes.

By the time the MLK holiday is through, Spider-Man: No Way Home should have surpassed $704M which would put it fourth all-time on the domestic box office. Worldwide it sits at $1.6B.

The acclaimed anime film Belle from director Mamoru Hosoda opened with $1.6M in a little over 1300 specialty theaters. It should top $2M by the end of the holiday, and is already the director’s highest-grossing movie in the U.S. behind 2018’s Mirai. The film, about a lonely girl who takes on a celebrity persona in a gigantic Internet community of billions, is as much a musical as a coming-of-age film and love story, which has helped it gain traction over social media.