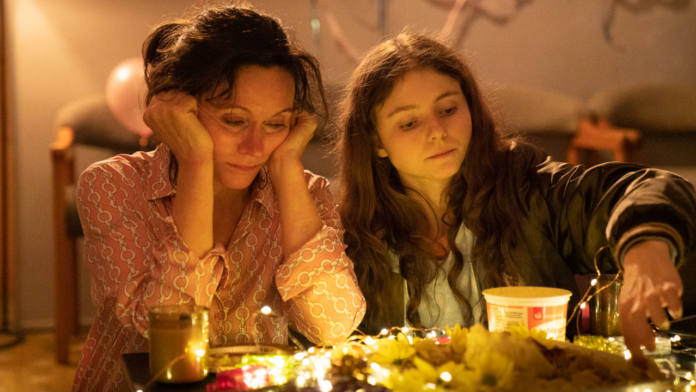 The Justice of Bunny King. Just the title should tell you this isn’t a film aiming to be a multiplex powerhouse, but a major player on the festival circuit. In this case, Tribeca is where the family drama is headed, and with a cast led by Essie Davis and Thomasin McKenzie it’s sure to be a favorite.

Marking the directorial debut of Gaysorn Thavat, The Justice of Bunny King stars Davis as a woman struggling to scrape the money together to get a place of her own so she can be reunited with her daughters who are in foster care. McKenzie plays her niece who is also in desperate need of help.

Davis and McKenzie have been festival darlings in the recent past. It was her performance in The Babadook that brought Davis into the spotlight, while McKenzie broke out with the film Leave No Trace and more recently in Jojo Rabbit.

The Justice of Bunny King will have its world premiere at the Tribeca Film Festival next month.

Bunny King (The Babadook’s Essie Davis) spends her days washing car windshields on a busy street, pocketing the change she earns in tips. For now, she’s sleeping on her sister’s couch, but she’s saving up for a place of her own. What Bunny wants more than anything is to be reunited with her two children who’ve been placed in foster care, and until she finds her own house, family services won’t let her act as their parent. When a plan that would finally allow Bunny to bring her kids home falls apart, Bunny is forced to become a champion not only for herself and her children but also for her teenage niece Tonya (Thomasin McKenzie, Jojo Rabbit), who’s desperate for her help.