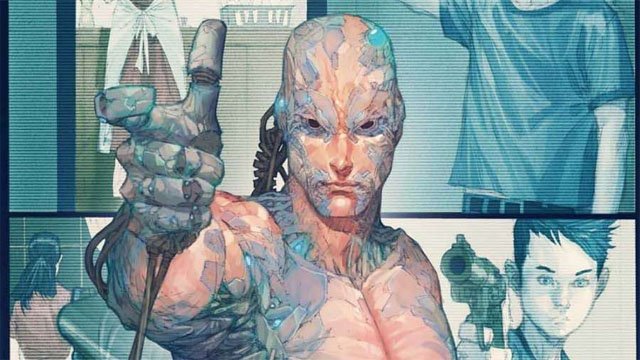 When your Godzilla vs. Kong movie is credited with reviving the entire movie business, opportunities are bound to follow. For director Adam Wingard there’s been a ton of gigs he’s line up since, such as a Face/Off remake, a ThunderCats movie, and of course, more in the MonsterVerse. And now he’s added yet another major project that could be another franchise.

THR reports Wingard will direct and co-write an adaptation of Hardcore, the comic book series from The Walking Dead and Invincible creator Robert Kirkman along with artist Marc Silvestri. If you’ve seen the movie Possessor you may get what it’s all about. Basically, the story follows an elite assassin who uses technology to take over a human body and use it to eliminate his targets without drawing suspicion. When the program he works for is sabotaged from the inside, he must find who did it while being stuck in a host body for 72 hours.

Wingard will be joined by rising star co-writer Will Simmon, who recently wrote reboots of Sleepy Hollow and Internal Affairs. Considering Wingard’s schedule, this one could be a long ways off, and we’ll see if he’s still on board when the time finally comes.