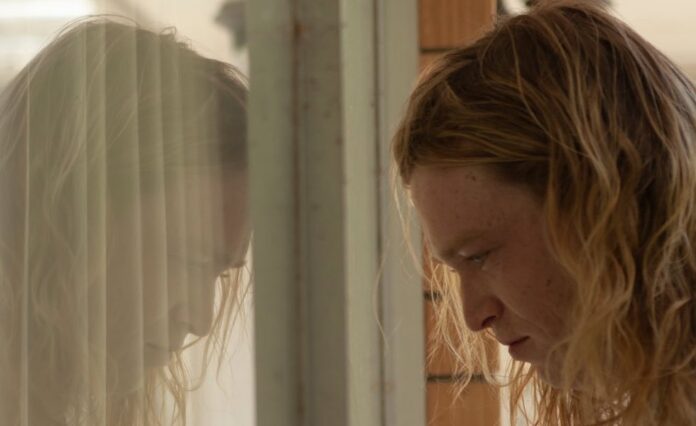 After making a big splash at Cannes in 2015 with Macbeth, Justin Kurzel returns to the festival with a chilling new thriller. Nitram will be the first Australian film to compete for the Palme d’Or in over a decade, and the first trailer is here to show why it might be a major player this year.

Starring Caleb Landry Jones, Nitram is based on the real-life Port Arthur massacre, in which 35 people were murdered and 23 injured by a single killer. It was the worst mass shooting in Australian history and led to the passage of historic gun control laws.

The film doesn’t name Jones’ character, although he looks to be a version of real-life killer Martin Bryant. Also in the cast are Judy Davis, The Babadook‘s Essie Davis, Anthony LaPaglia, and Ben O’Toole.

Kurzel most recently directed The True History of the Kelly Gang. He broke out with the 2011 crime thriller Snowtown, and took a stab at Hollywood blockbusters with Assassin’s Creed. Nitram, which was written by frequent collaborator Shaun Grant, looks right in his wheelhouse.

Nitram will have its world premiere at Cannes on July 16th and I expect a U.S. date will follow.

Nitram (Caleb Landry-Jones) lives with his mother (Judy Davis) and father (Anthony LaPaglia) in suburban Australia in the Mid 1990s. He lives a life of isolation and frustration at never being able to fit in. That is until he unexpectedly finds a close friend in a reclusive heiress, Helen (Essie Davis). However when that friendship meets its tragic end, and Nitram’s loneliness and anger grow, he begins a slow descent into a nightmare that culminates in the most nihilistic and heinous of acts.