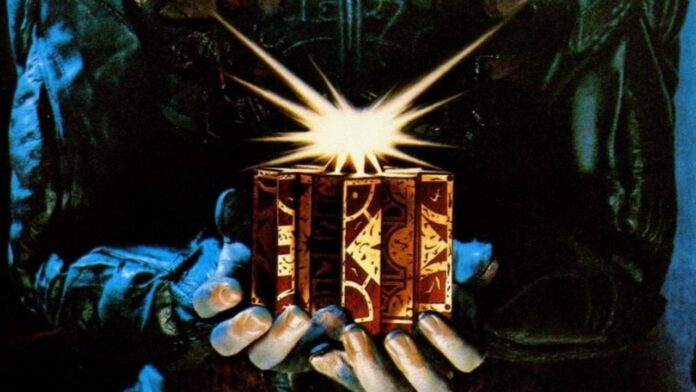 It’s been 35 years since Clive Barker’s novella The Hellbound Heart was released. A year later it’s film adaptation Hellraiser was released, introducing the world at large to Pinhead and the Cenobites, some of the most visually striking (and terrifying) horror icons of the 80s. 10 films, numerous comic book and graphic novel runs, and countless pop culture references later we’ve finally come to a place where we can return to the beginning. Hulu has announced that it has acquired the re-imagining being developed by Spyglass media. Genre veteran David Bruckner will take on directing duties shooting from Ben Collings and Luke Piotrowski’s script. If you don’t know those three names you most likely will by end of summer as their latest film The Night House is currently riding a wave of festival buzz.

Not much is known about the plot, it’s being bounded about as a re-imaginging but I have to imagine the bones of that old hell house will remain. Someone, preferably of a morally loose inclination, will open the lament configuration (aka the puzzle box) and bring forth Pinhead and his cohorts. Chains, leather, blood, and gore will follow. As long as they hit those marks they can do whatever they want with the rest.

The move by Hulu isn’t all that surprising as they seem to be in the Clive Barker business as of late, releasing Books of Blood, based on another of Barker’s novels, last October. It’s worth mentioning that Hulu’s not alone in this game, HBOMax also has a stake in the damned ones with a series based on Hellraiser in development. I just hope one or both of these ventures will learn from the past, the Hellraiser series certainly suffered from diminishing returns but it fell directly off a cliff when Doug Bradley was re-cast in the Pinhead role. Yes, he is 67 but how much does Pinhead have to do anyway? His whole schtick is that unnervingly calm and slow determination.