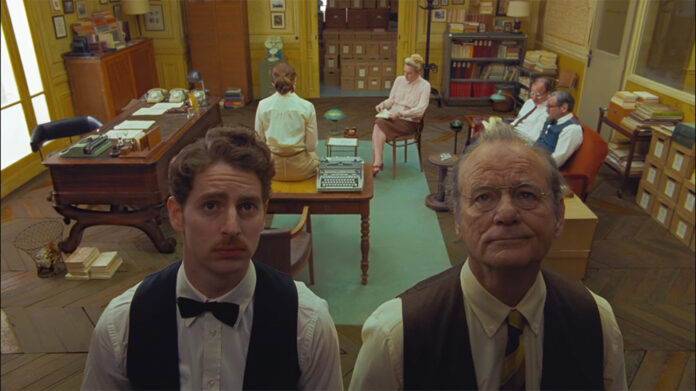 Well, I guess Searchlight Pictures heard the murmurs yesterday when Wes Anderson’s The French Dispatch was confirmed as part of the Cannes lineup, but didn’t have an actual release date. The studio has now made official an October 22nd debut in theaters, after a long delay caused by the pandemic. Also confirmed is its spot as an Official Selection at Cannes Film Festival in July and the 59th New York Film Festival in the fall.

The film had been set to open on July 24th 2020, only to be pushed to October 16th 2020 because of COVID-19. Plans for Anderson’s period ensemble piece to appear at last year’s Cannes were also scuttled.

October 22nd will find The French Dispatch going head-to-head with Edgar Wright’s Last Night in Soho. The movies are definitely back, people! You’ve got choices to make again.