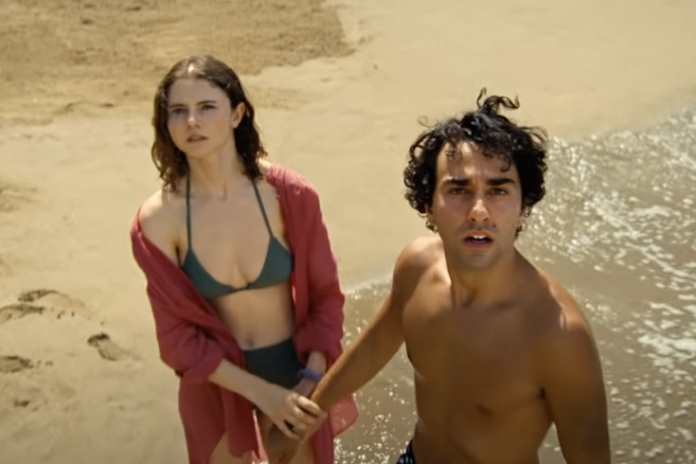 Are we done talking about the M. Night Shyamalan “comeback”? He’s had a few solid films in the bank for a while now with The Visit, Split, and Glass, while his Apple TV+ series Servant helping launch that newbie streaming service. And now Shyamalan returns with Old, another promising thriller that, even judging by the trailers, looks like it will have one of the director’s famous twists.

Starring Gael García Bernal, Eliza Scanlen, Thomasin McKenzie, Aaron Pierre, Alex Wolff, Vicky Krieps, Abbey Lee, Embeth Davidtz, and Rufus Sewell, the film finds a group of people on a mysterious beach, where they begin to age rapidly without explanation. Worse, none of them seem to be able to leave. The film is based on the graphic novel Sandcastle by Pierre Oscar Levy and illustrated by Frederik Peeters.

This summer, visionary filmmaker M. Night Shyamalan unveils a chilling, mysterious new thriller about a family on a tropical holiday who discover that the secluded beach where they are relaxing for a few hours is somehow causing them to age rapidly … reducing their entire lives into a single day.

‘Pig’ Trailer: Nicolas Cage Is On The Hunt For His Beloved Foraging Pig