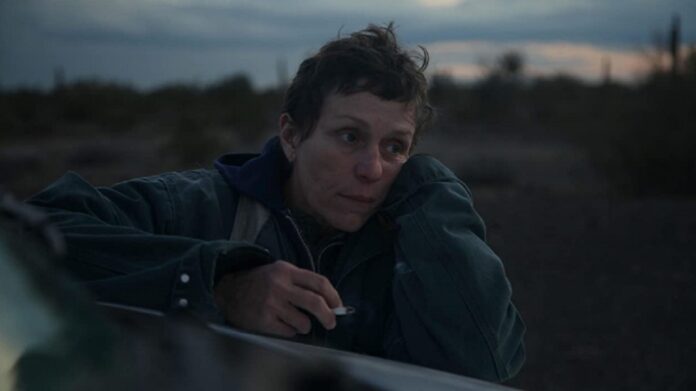 In what could be shaping up to be the Best Picture showdown of the awards season, Nomadland just barely edged out First Cow from the National Society of Film Critics. The awards are a good early indicator of the frontrunners for the Oscars.

The acclaimed Nomadland won Best Picture, Best Director for Chloe Zhao, Best Actress for Frances McDormand, as well as Best Cinematography for Joshua James Richards. It came away with 52 total points for the top award, while Kelly Reichardt’s First Cow was just behind with 50.

Delroy Lindo continues to look like a Best Actor frontrunner, scoring his second major win for his performance in Spike Lee’s Da 5 Bloods. Borat Subsequent Moviefilm‘s Maria Bakalova is in the same position, winning once again for Best Supporting Actress.

The full list of winners and contenders are below.