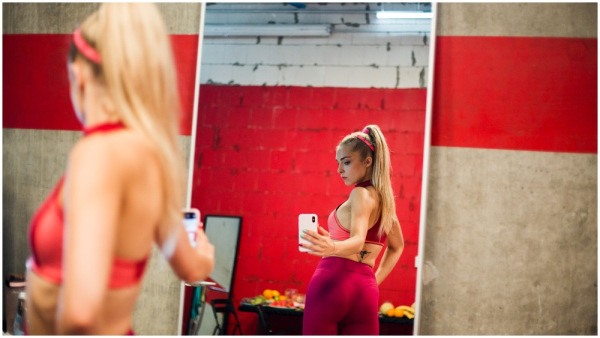 Influencer and fitness culture is about to get dissected in the new trailer for the Polish film Sweat. The 2020 Cannes selected film follows a fitness instructor’s rise to fame and her ultimate unraveling as she gains notoriety.

The candy colored film is the second feature of Magnus von Horn. Visually its reminiscent of the upcoming Apple TV+ show Physical starring Rose Byrne and this month’s Mainstream starring Andrew Garfield. All three seem to examine the pressures of fame and what that can do to a person psychologically.

Sweat’s synopsis is as follows:

Beloved fitness influencer Sylwia (Magdalena Koleśnik, in a star-making role) seemingly has it made: hundreds of thousands of social media followers, endorsement deals, photo spreads in magazines. But as she starts to share more and more online, the rising pressure from concerned sponsors and increasingly obsessive fans forces her to confront her deepest insecurities and the exhaustive demands of her lifestyle.

Sweat is premiering on MUBI and in select theaters June 18.