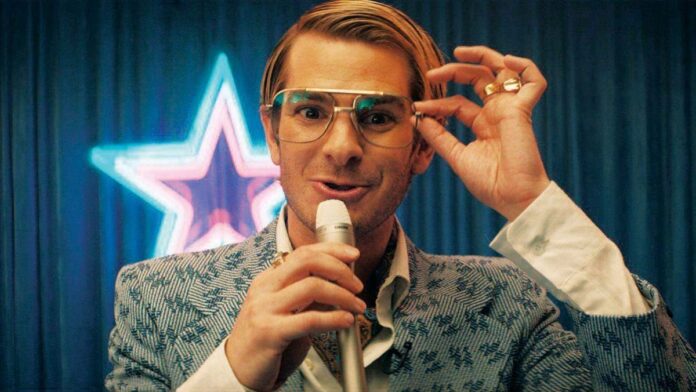 When your last name is Coppola and you get into the movie business, suffice it to say all eyes will be on you. For Gia Coppola, the granddaughter of Francis Ford Coppola and niece of Sofia and Roman Coppola, she made an impressive directorial debut in 2013 with Palo Alto. That film had quite the cast of rising young stars, too, and now she’s gathered another great group for her followup, Mainstream.

Response to the film out of Venice was polarizing from what I can remember, with a lot of the attention on Garfield’s over-the-top performance.

Frankly, this looks obnoxious to me, but Coppola is a talented filmmaker and it deserves a chance to impress.

Mainstream opens in select theaters an VOD on May 7th.

MAINSTREAM follows a young woman (Maya Hawke) who thinks she’s found a path to internet stardom when she starts making YouTube videos with a charismatic stranger (Andrew Garfield) – until the dark side of viral celebrity threatens to ruin them both.

In today’s social media-focused society: what constitutes popularity, how do we struggle to be creative in a modern age of “cool,” what is it like growing up with a social media presence. MAINSTREAM will leave you analyzing your relationship with social media while acting as a cautionary fairytale about what our culture values and the psychological dangers that can come with it. Featuring appearances from some of today’s most prominent social media stars, including Patrick Starrr and Jake Paul.

‘Spider-Man: Across The Spider-Verse’ Trailer: Gwen Stacy And Miles Morales Team-Up Against Villain The Spot