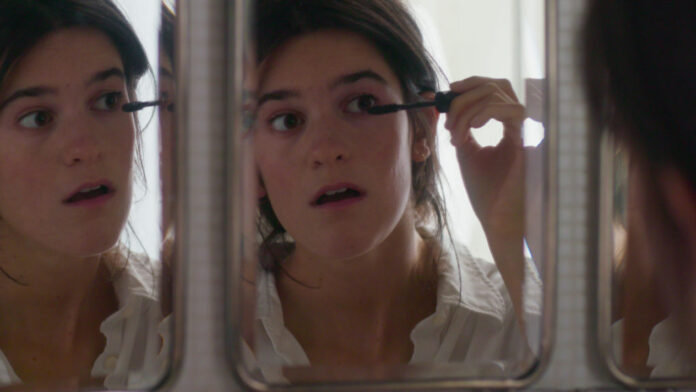 What were you doing at 15-years-old? While many of us were failing to be cool at one thing or another, Suzanne Lindon was writing a feature-length screenplay. At the age of 19 she would go on to direct that film, Spring Blossom, which had audiences raving at TIFF last year. In other words, she’s better than all of us. At least at this one thing. And did I mention she also has the lead role? Pretty amazing, if you ask me.

Spring Blossom, which opens in NYC and LA on May 21st, is a coming-of-age story about a 16-year-old girl who overcomes her boredom by befriending an older man, which leads to its own set of problems.  The cast also includes BPM actor Arnaud Valois.

Suzanne (Suzanne Lindon) is sixteen. She is bored with people her own age. From the outside, everything appears lovely in her charmed world, but the everyday monotony of school and her relationships with friends and family feels completely uninspired. Every day on her way to high school, she passes a theater. There, she meets a 35-year-old actor named Raphaël (Arnaud Valois, BPM (Beats Per Minute )). Despite their age difference they find in each other an answer to their ennui and develop a strong connection. Immersed in the world of grown-ups and adult choices, Suzanne begins questioning the pitfalls of blossoming too quickly and missing out on life – the life of a 16-year-old, which she had struggled so much to enjoy in the same way as her peers.

‘Spring Blossom’ Interview: Suzanne Lindon Is Living Her Own Coming Of Age Story