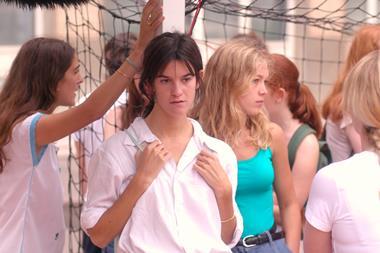 Although Suzanne Lindon’s directorial debut Spring Blossom has yet to officially premiere, the accolades are already coming in. Not only was the film, about a bored teen who falls in love with a much older man, selected as a standout feature by the Cannes Film Festival, it was recently announced as part of the lineup for this year’s TIFF.

SYNOPSIS: Suzanne is 16. People her own age bore her. Every day on her way to high school, she passes a theater. There, she meets an older man, who becomes obsessed with her. Despite their age difference, they find in each other an answer to their ennui and fall in love. But Suzanne is afraid she’s missing out on life – that life of a 16-year-old, which she had struggled so much to enjoy in the same way as her peers.

Spring Blossom will play next at TIFF, but there’s no theatrical release date yet.

‘Spring Blossom’ Interview: Suzanne Lindon Is Living Her Own Coming Of Age Story