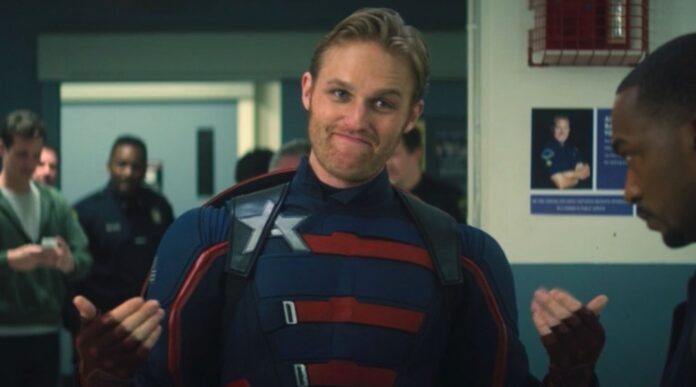 Unless Marvel has a couple of extra episodes up their sleeves, this mid-season trailer for The Falcon and the Winter Soldier is telling a fib. We’re now four episodes deep in the six-episode series, so actually, this is the final stretch. And in this footage we see that they’re teasing one Hell of a final showdown between Sam “Falcon” Wilson and Bucky “Winter Soldier” Barnes and John Walker aka the new Captain America.

Coming off the brutal, bloody finale of episode four, John Walker can simply no longer be Captain America…right? Certainly, Sam and Bucky are going to do what they think should’ve been done all along and take the shield back in Steve Rogers’ name. However, I’m not so certain that Walker’s actions, killing a Flag Smasher in cold blood while the entire world was watching, will be viewed as so awful by everyone.

The Falcon and the Winter Soldier wraps up in the next couple of Fridays, followed then by Loki and on the big screen with Black Widow. Enjoy it while it lasts!