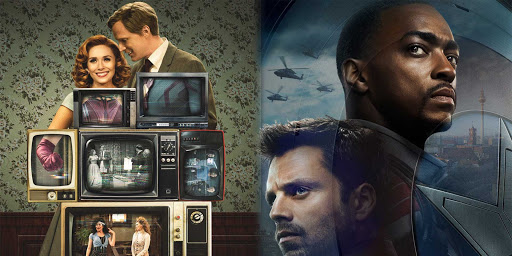 Want to know something Marvel Television was never able to do before now? Despite the many years Agents of SHIELD, Agent Carter, and other shows were on the air, they weren’t able to rack up any Primetime Emmy nominations other than Creative Arts. Well, if Kevin Feige wanted to put his stamp on Marvel TV he’s definitely done that now with a whopping 28 Emmy nominations announced today.

We’re not going to get into the details because, personally, I don’t give two good God damns about the Emmys, but The Crown and The Mandalorian were tied with 24 nominations each. That’s a ridiculous number.

But it’s Marvel that really cemented its status as a major small-screen player with 28 nominations combined between WandaVision and The Falcon and the Winter Soldier. Those are the only two shows they had that qualify, so don’t start bugging out about Loki, alright?

It was WandaVision that really killed it with an incredible 23 nominations, including big ones such as Best Limited series, Best Actress for Elizabeth Olsen, Best Actor for Paul Bettany, and Best Guest Actress for Kathryn Hahn.

The Falcon and the Winter Soldier chipped in with 5 total nominations, including a surprising one for Don Cheadle who was in there for maybe 3 minutes and never even suited up as War Machine. You couldn’t have given that nomination to Carl Lumbly?

Here’s the thing: Marvel has Loki, What If?, Ms. Marvel, Hawkeye, and more either here or coming up soon. How dominant a force could they be in the Emmys next year? Damn.