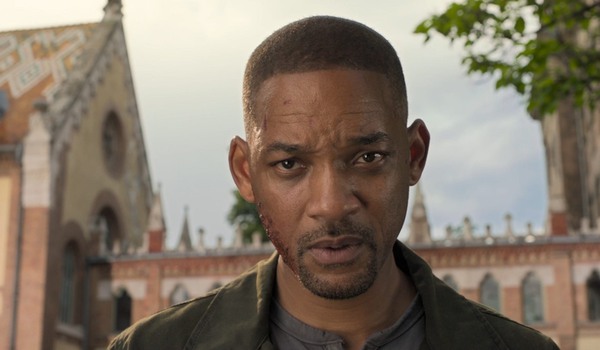 If there’s a hot-button issue in the country right now, Georgia seems to be at the center of it. The state was integral to Donald Trump’s loss in the 2020 elections, and his numerous attempts to steal the presidency despite the will of the voters. Georgia, which saw record turnout from voters of color, saw its two reliably Republican senate seats go to Democrats in special elections. Ever since, the state has been imposing new restrictions to make it harder to vote, and that has led to many protests and some high-profile corporations speaking out. And now you can add at least one major movie production which will be moving out of the state, costing a great deal of revenue and the loss of jobs.

Antoine Fuqua and Will Smith issued a statement regarding their upcoming Apple film, Emancipation, which was due to begin shooting in Georgia this summer. Well, that’s no longer happening as they will be taking the production elsewhere due to the state’s voter suppression laws. The film stars Smith as Peter, a runaway slave and his dangerous journey north from a Louisiana plantation. He is based on “Whipped Peter”, the black man whose images of his whipped and scarred back were shown in magazines and newspapers, bringing to stark reality the cruelty of slave owners.

The statement is below:

“At this moment in time, the Nation is coming to terms with its history and is attempting to eliminate vestiges of institutional racism to achieve true racial justice. We cannot in good conscience provide economic support to a government that enacts regressive voting laws that are designed to restrict voter access. The new Georgia voting laws are reminiscent of voting impediments that were passed at the end of Reconstruction to prevent many Americans from voting. Regrettably, we feel compelled to move our film production work from Georgia to another state.”

This is a significant decision, not only for Georgia but also for the Emancipation production. It’s estimated the film will lose about $15M in state tax breaks, so this effects both Fuqua and Smith’s bottom line. But this is what putting your money where your mouth is looks like in practice.

Georgia has become a popular destination for movie shoots but if these voter restriction laws continue you can bet there will an exodus away from the state. In the moment, this hurts the people of Georgia who had no part to play in corrupt Governor Brian Kemp’s tactics, and that’s unfortunate. But this direct impact will hopefully be the impetus for those people to get out and do something about the government in place in Georgia right now.