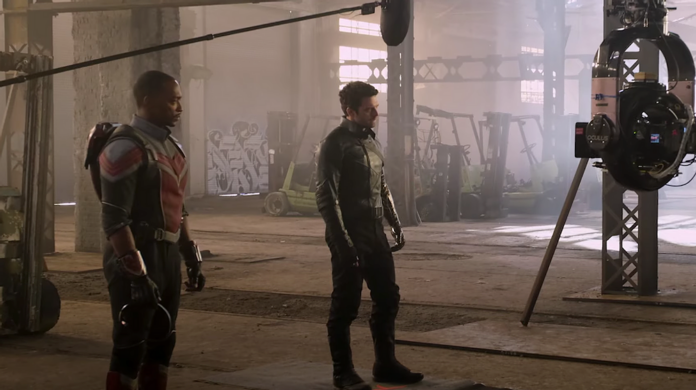 The Falcon and the Winter Soldier might have ended last week, but Disney Plus has got you covered until the Loki premiere June 11. The streaming service is releasing a behind the scenes special tomorrow, recounting just how Marvel, writer Malcolm Spellman, director Kari Skogland, and stars Anthony Mackie and Sebastian Stan made the epic and timely superhero show.

In Marvel Studio’s Assembled: The Making of The Falcon and The Winter Soldier, fans will see just how the show was made from how stunts were performed, to inspirations, behind the show, to how the show’s production changed due to COVID restrictions.

At the end of the series, Sam Wilson (Mackie) officially took up the shield and became Captain while Bucky Barnes (Stan) started to come to terms with his past and make amends to himself. Soon after the finale last week, Disney and Marvel announced that a fourth Captain America film is in the works starring Mackie’s new Cap. Malcolm Spellman is developing the story.

This is not the first behind the scenes series Marvel has dropped on Disney Plus. The studio released an insider look at WandaVision back in March.