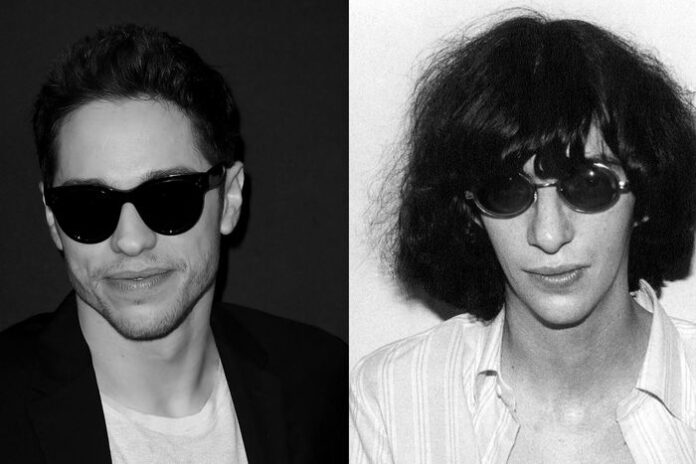 Pete Davidson playing Joey Ramone in a Netflix biopic? Doesn’t sound very punk to me, but it’s a thing that’s happening, as the SNL comedian will play The Ramones frontman in I Slept with Joey Ramone.

Deadline reports Davidson will star as the Ramones frontman and the King of Punk himself, Joey Ramone, in a biopic being put together by Netflix and STX Films. The Ramone estate is on board for this one, too, so no worries about acquiring any of the band’s music.

Netflix, either worried about the reaction from The Ramones fans or really confident in their decision, have released a side-by-side comparison image of Davidson and Ramone.

The film is an adaptation of the book by Ramone’s brother, Mickey Leigh. Davidson not only stars but co-wrote the script with director Jason Orley, who previously worked with the actor on Hulu’s Big Time Adolescence.

Next up for Davidson is a role as DC Comics villain Blackguard in The Suicide Squad, which sorta sounds like something you’d name a punk band.

Review: ‘The King Of Staten Island’