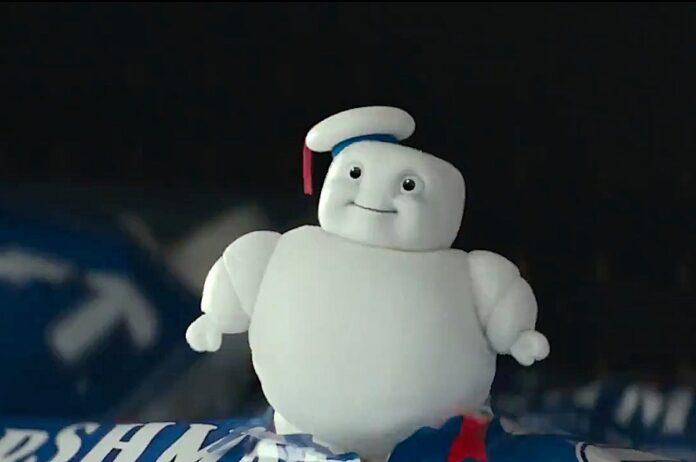 Of all of the anticipated films coming out this year I don’t know if anything will be under more scrutiny than Ghostbusters: Afterlife. At the same time, it might be the film people are most eager for, just for the nostalgic potential. But with the “failed” 2016 Ghostbusters movie still fresh in people’s minds, director Jason Reitman has his hands full convincing people to give the franchise another shot. This new clip, I think, might do the trick.

Why? Because in this clip we get the return of a classic character, one of the most popular ever from the classic 1984 film. No, I’m not talking about Bill Murray or even Slimer…but a certain marshmallowy bad guy with the happiest smile a snack food could ever hope for. And he’s teeny-tiny now!

The Stay Puft Marshmallow Man, the scourge of Manhattan, is now what they’re calling a “Mini Puff”. Awwwwww. I can see the merchandising all over this one, can’t you?