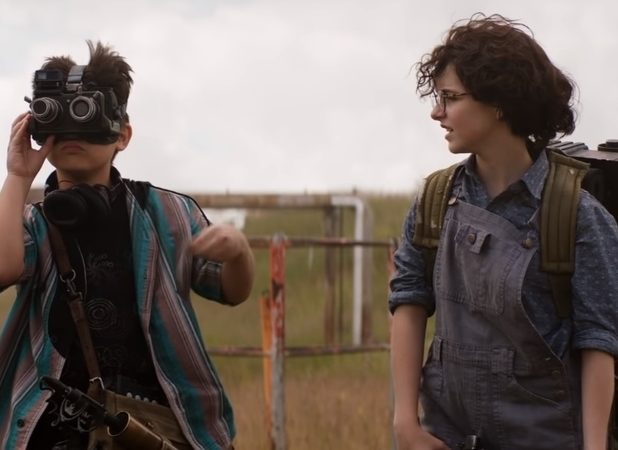 The trailer for Jason Reitman’s Ghostbusters: Afterlife was released just days ago, and already the reactions to it are wide and varied. Some appreciate the nostalgic, Stranger Things-vibe they are clearly going with in this version, a true continuation from the classic Ghostbusters movies; while others are less certain this approach was worth scrapping the 2016 reboot which attempted something new. The jury will remain out until next summer, obviously, but a new international trailer is here to give us some small glimpses at new footage.

There’s a bit more humor in this trailer than in the previous one, but I still find the comedy aspect sorely lacking in everything we’ve seen. I hope the funny parts won’t be isolated to the appearances by returning guest stars Bill Murray, Dan Akroyd, Ernie Hudson, Sigourney Weaver, and Annie Potts.

We also see more experimentation with the recovered proton pack by science whiz Phoebe (McKenna Grace) and her classmate (Logan Kim) who is rocking a familiar pair of goggles. The film also stars Carrie Coon, Finn Wolfhard, and Paul Rudd.

SYNOPSIS: From director Jason Reitman and producer Ivan Reitman, comes the next chapter in the original Ghostbusters universe. In Ghostbusters: Afterlife, when a single mom and her two kids arrive in a small town, they begin to discover their connection to the original ghostbusters and the secret legacy their grandfather left behind. The film is written by Jason Reitman & Gil Kenan.