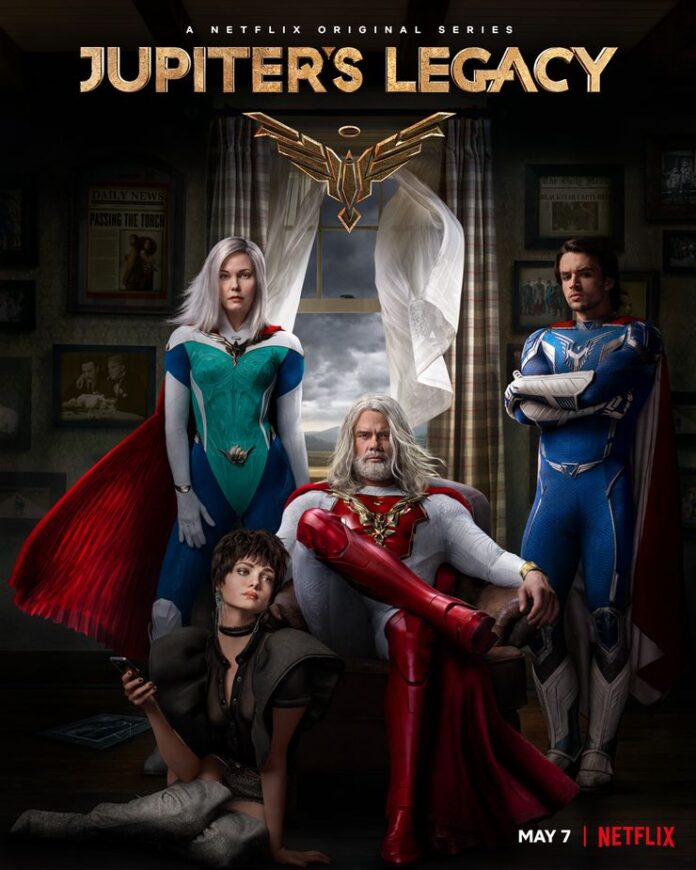 There have been plenty of movies about a kid who grows up in the family business, and then one day they’re expected to continue on that tradition whether they like it or not. Well, imagine that…except your parents are the most famous and powerful superheroes on the planet. Those are some pretty big shoes to fill, and the next generation might not be up for it. That’s the story being told in Netflix’s superhero series Jupiter’s Legacy, based on the graphic novels by Mark Millar (Wanted, Kick-Ass, Kingsman) and Frank Quitely.

Josh Duhamel and Leslie Bibb star as The Utopian and Lady Liberty, respectively, two of the first generation of heroes. But now in the present day, they are the elder statesmen while the next generation struggles to live up to their ideal. Turning over the reins of power to a bunch of unruly kids might not be the wisest idea.

The tone of the new trailer is more dramatic than flashy superhero stuff. We also see that this current crop of heroes holds a great deal of resentment towards their parents, who probably spent more time saving the world than being home with their kids.