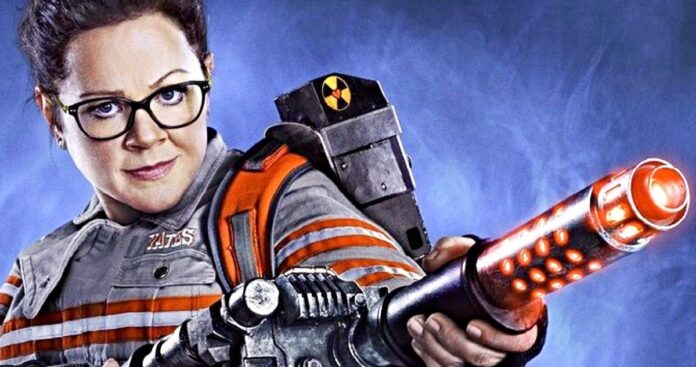 So one of the funniest scenes of Thor: Ragnarok had Matt Damon playing Loki in a stage play that made the trickster god look rather heroic. We know that Damon is back for Thor: Love and Thunder to play a similar role, joined by Luke Hemsworth and Sam Neill, the latter back playing a mock Odin. And now we know they’ll have a superstar actress alongside them in the role of Hela, and it’s someone we probably would never expect to see in the MCU.

According to set photos captured by Daily Mail, Melissa McCarthy will be play-acting as Hela in Thor: Love and Thunder. This is all meant to be extremely silly, of course, but it’s also a cool way to recap events from Ragnarok if that’s what Taika Waititi is doing. The below photos also show Luke Hemsworth, who is obviously star Chris Hemsworth’s bro, play-acting as Thor. Fun stuff.

Thor: Love and Thunder opens May 6th 2022.  Interesting, McCarthy will be playing an actual superhero in the upcoming Netflix film, Thunder Force.

Melissa McCarthy as Fake Hela in Thor: Love and Thunder