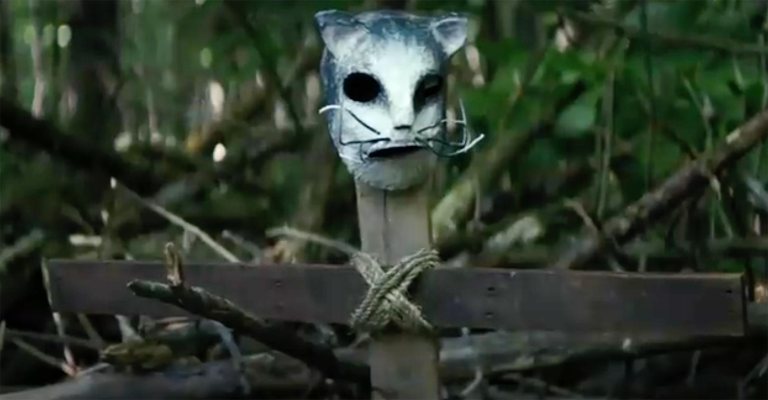 Can there ever be too much Stephen King? If so, now’s the time when we’re going to find out, as the author’s decades of work has never been more in-demand, both by studios and by moviegoers eager to see his stories on the big screen. And one that has already been adapted to cult status-level success is Pet Sematary, which gives the upcoming remake some pretty big shoes to fill.

Let’s be honest, this new version by directors Kevin Kölsch and Dennis Widmyer already looks better and has bigger stars such as Jason Clarke, Amy Seimetz, and John Lithgow, but it will it have the corny fun that makes the original memorable? And will it translate when updated for contemporary concerns?  Does PETA get a credit on this?

While some changes to King’s story are expected, this trailer offers a pretty big twist to a pivotal event affecting the Creed family. If you know the original film you’ll know the scene when you see it, but it involves a cat, a little girl, and a speeding truck.

Here’s the synopsis, although all we really need to know is that it’s a movie in which dead pets (and other things) come back to life after being buried in an Indian burial ground:

Based on the seminal horror novel by Stephen King, Pet Sematary follows Dr. Louis Creed (Jason Clarke), who, after relocating with his wife Rachel (Amy Seimetz) and their two young children from Boston to rural Maine, discovers a mysterious burial ground hidden deep in the woods near the family’s new home. When tragedy strikes, Louis turns to his unusual neighbor, Jud Crandall (John Lithgow), setting off a perilous chain reaction that unleashes an unfathomable evil with horrific consequences.