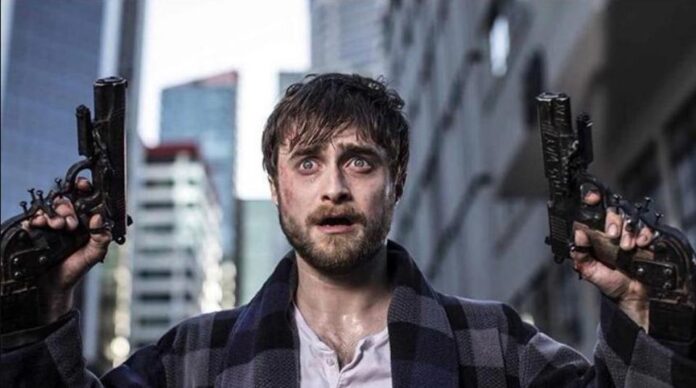 The Lost City of D has found a new star; Daniel Radcliffe. The Romancing the Stone-esque adventure/rom-com already stars Sandra Bullock and Channing Tatum (once Ryan Reynolds), but obviously adding Harry Potter himself is another huge boost in star power.

According to Deadline, Radcliffe will take on the villain role in The Lost City of D, about “a reclusive romance novelist (Sandra Bullock) who was sure nothing could be worse than getting stuck on a book tour with her cover model (Channing Tatum) until a kidnapping attempt sweeps them both into a cutthroat jungle adventure, proving life can be so much stranger, and more romantic, than any of her paperback fictions.”

The film is directed by Aaron and Adam Nee, best known for their Tom Sawyer/Huck Finn heist comedy Band of Robbers. They’re also currently attached to that Masters of the Universe film that has been developing forever. Also in the cast are Together Together‘s Patti Harrison and Dolemite is My Name‘s Da’Vine Joy Randolph.

Radcliffe has been mixing it up lately, with the wild action flick Guns Akimbo and the prison thriller Escape from Pretoria. So it’s good to see him doing something mainstream like this again, and I kind of like him as a bad guy. He last played one in Now You See Me 2 and was clearly having a blast.