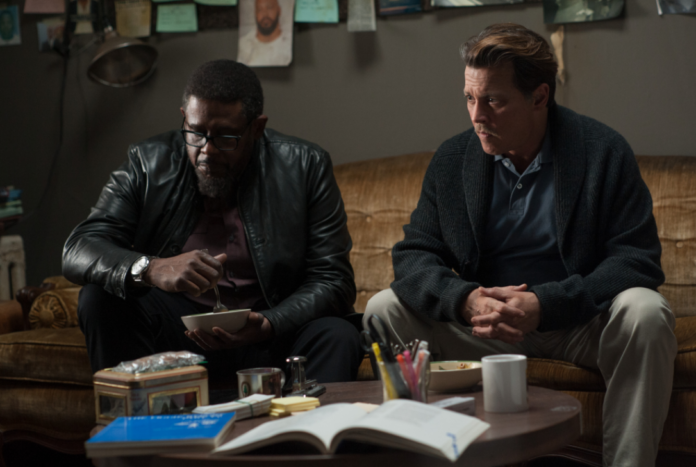 The 1997 murder of Christopher Wallace, aka The Notorious B.I.G., remains unsolved nearly twenty-five years later. Many wonder how it is possible that no one has been held responsible for one of the most influential rappers of all time being gunned down. City of Lies explores the murder through the eyes of Russell Poole (Johnny Depp), a disgraced former LAPD detective assigned to the case. Poole was part of the prestigious robbery and homicide division within the LAPD. Poole finds himself not only trying to solve the case but navigating racial tensions and corruption within the department. City of Lies takes place twenty years after the murder. In all that time, Poole has never been able to move past the case. It has consumed him and cost him everything – his job, marriage, and relationship with his children. His obsession with finding out the truth has been the most important thing. 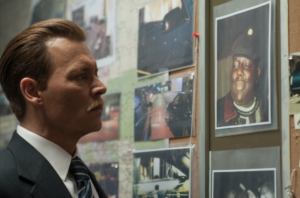 Jack Jackson (Forest Whitaker) is a reporter with AWN. AWN is planning on publishing a Biggie retrospective and Jackson is trying to find the perfect angle for it. This leads Jackson to seek out Poole to hear his side of the story. Jackson became noteworthy early in his career winning a Peabody award. Unfortunately, this early fame caused him to have a sense of entitlement and to lose some of his morality and who he was. As Poole and Jackson’s relationship grows and the story unfolds, Jackson realizes the many twists and turns of the case. Poole opens Jackson’s eyes to LAPD’s connection with Suge Knight – the former CEO of Death Row Records. Poole believed that Knight had an influence on the LAPD and employed crooked cops. As the two men become closer both, they share a common goal – to find Biggie’s killer and bring closure to Christopher Wallace’s family. 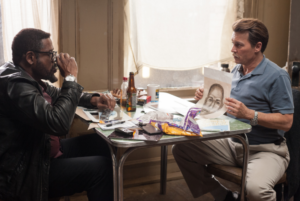 City of Lies is based on the book LAByrinth, which was written by Randall Sullivan – a Pulitzer Prize winner. LAByrinth is a nonfiction book that was Poole’s account of the story. One of the first challenges for director Brad Furman and screenplay writer Christian Contreras was to come up with a way to turn that nonfiction story into a cinematic experience. To do so, they created the fictional Jackson character to frame the film with a present-day Poole telling him the tale. While the film is based on a true story, Jackson is entirely fictional. It is a good thing they created Jackson however, because it provided the opportunity for Whitaker to join the cast. 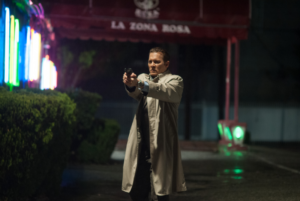 City of Lies is Whitaker and Depp’s first film together since Platoon in 1986. Seeing the two opposite each other for the first time in over 30 years was definitely special and the chemistry was there. Both are superb actors and that is showcased in City of Lies as they are able to play off each other. The problem is, they didn’t have a lot to work with. The script drags on and somehow a film that features multiple murders, a bank robbery, and numerous criminal investigations just isn’t overly exciting. I was hoping for an edge of your seat thriller, and City of Lies is far from it.

The film is full of gray, muted, colors and much of the dialogue seemingly lacks emotion. Poole is clearly down on his luck and Furman and Depp portray this perfectly, but it costs the film some energy. There are some aspects of City of Lies that were superb, however. Furman and team did a wonderful job bringing the audience back into the mid-90s. The sets, outfits, and general feel were all there. Furman mixes in clips of interviews and news reports about 2Pac and Biggie that were also incredibly interesting. These clips not only give some relevance to certain scenes but provide important context. Arguably the crowning jewel of the film is the soundtrack. Throughout we get the perfect mix of 90s rap that adds a touch of nostalgia to the film. Unfortunately, City of Lies squanders the talent of it’s two leads and is simply a forgettable crime drama.