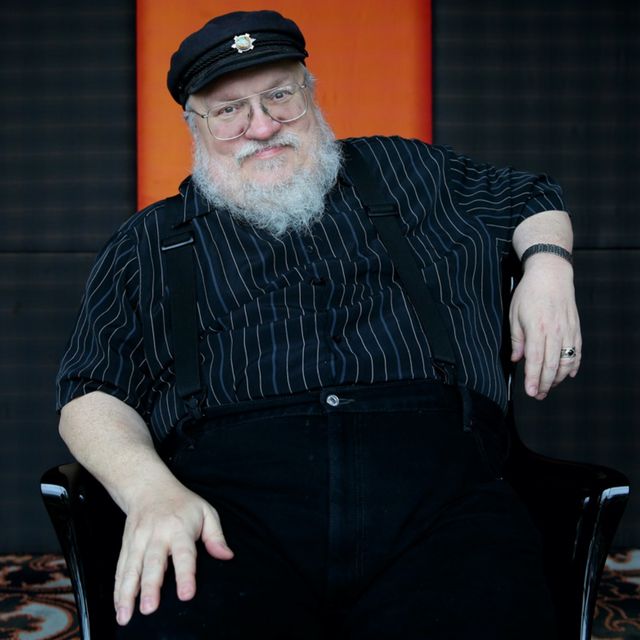 Khaleesi is coming to Westeros and by “Khaleesi,” we mean George R.R. Martin and by Westeros, we mean HBO.

The Hollywood Reporter is reporting that Game of Thrones author George R.R. Martin has signed a five year deal with the premium network and its streaming services for over eight-figures.

This news comes after last week’s announcement that three more Westeros set prequel shows were in development with HBO. This includes House of the Dragon (which has already been cast and set to start filming this year), Nymeria, The Sea Snake/9 Voyages, and Flea Bottom. Read more about them here.

If you were hoping Martin would still have some free time left to finish the Game Of Thrones book series, think again. Along with the above named shows and the new five year deal, he is involved in an unnamed animated series and Dunk and Egg, a GOT side story about “hedge knight Ser Duncan the Tall (Dunk) and his squire (Egg), who would later become King Aegon V Targaryen.” The story is set 90 years before the event of Game of Thrones.

Martin is also busy with non-GOT related content including an adaptation of Nnedi Okorafor’s 2011 post-apocalyptic novel Who Fears Death and an adaptation of Roger Zelazny’s 1979 fantasy novel, Roadmarks, both with HBO. For Peacock, Martin is working on an adaptation of his anthology series Wild Cards. A feature film of In The Lost Lands is in development with Resident Evil director Paul W.S. Anderson attached and Milla Jovovich and Dave Bautista set to star.

The moral of this story is don’t hold your breath for the sixth A Song of Ice And Fire book. Do I think that they are secretly already written and Martin will release the rest of the series when he dies? Absolutely, I do, but with all these projects in the works, we are definitely not getting our GOT book ending anytime soon.